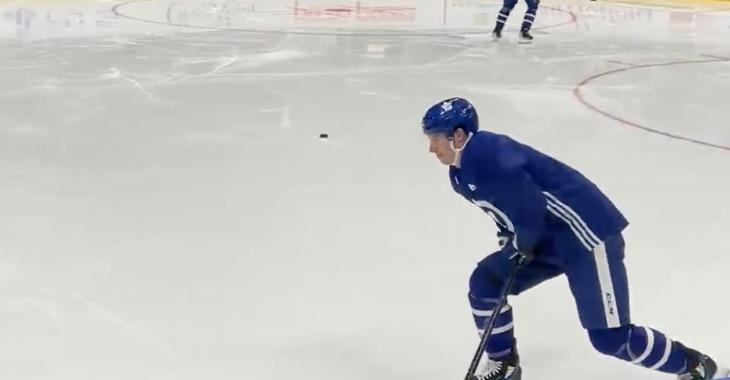 It’s been a tough preseason for the Toronto Maple Leafs, who are still without superstar Auston Matthews and lost Ilya Mikheyev, who is expected to miss about eight weeks with a broken thumb. To make things worse on Tuesday, Mitch Marner was injured during practice when he collided with teammate Wayne Simmonds. He remained on the ice for a bit and was then seen having a chat with head coach Sheldon Keefe before he left with a trainer back to the club’s dressing room.

Finally on Wednesday, hours before the Maple Leafs’ season opener against the Montreal Canadiens, Marner was back on the ice for the optional skate, which is a great sign hinting that he could be dressed tonight.

After the skate, I bet that Keefe made precisions on this update, though you have to admit Marner looked fine out there. The head coach decided to make him a game time decision and see how he feels after warmups, but noted that he did have a positive morning skate.

We can understand how Maple Leafs’ fans would prefer to have him in the lineup tonight for the season opener, especially against the Canadiens, who ousted them in the first round of the postseason back in June.