From the mouth of his teammate. 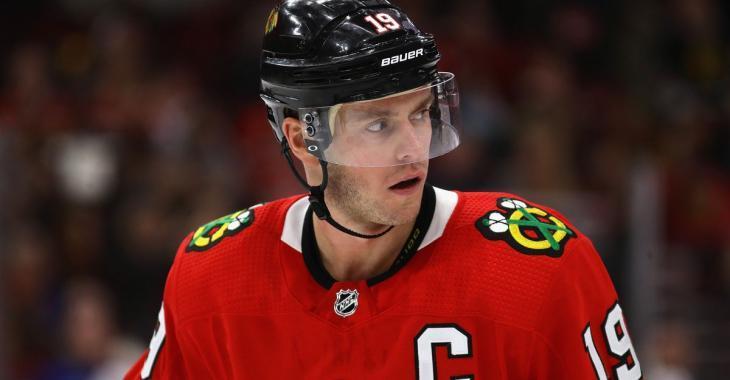 On the last day of June, Chicago Blackhawks captain Jonathan Toews shared a video explained how missed the entire 2021 season due to what is being called chronic immune response syndrome.

“So what they’re calling it is chronic immune response syndrome, where I just couldn’t quite recover, and my immune system was reacting to everything I did, any kind of stress, anything that I would do throughout the day. It was always kind of a stress response.”

This made Hawks fans very hopeful that Toews could return to the lineup for the upcoming season, though nothing was set in stone at that time or weeks later when media asked GM Stan Bowman, who revealed at the start of August that he remains without an exact timeline for the return for his captain.

However on Tuesday, when the Blackhawks signed Connor Murphy, Toews’ teammate himself wanted to share an encouraging update on his captain ahead of the season opener to NHL.com:

“Right when (Toews) came in, he had the same drive and excitement he’s always had to train hard and work on his game. That never changes with him. I just definitely see the excitement in him, being back at the rink and on the ice with teammates, so it makes you feel good knowing how hard it is to miss time.”

“With him, he puts so much pressure on himself to be that top leader and guy he’s been for this organization for so many years, it’s nice to see him finally get rewarded to be healthy, back on the ice and ready to go,” Murphy said more on Toews. “He looks great and it’s been really fun having him back around.”

Chicago remains optimistic the center will play at some point this season. The Blackhawks open the regular season Oct. 13 at the Colorado Avalanche. Training camp begins mid-September.

Despite Murphy’s comments, Bowman maintains the status about Toews.

“Same answer I gave the other day, which is, we’re all hopeful that he continues on his path and training and feeling better. Nothing’s derailed that,” Bowman said per NHL.com. “But with what he’s gone through, we don’t know where it’s going to be. So here we are today, things are looking good, and that’s our thought moving forward.”

Whenever he will return to the Blackhawks’ lineup, Toews will notice how much it has changed since he last played in the team’s uniform: the team added defenseman Seth Jones and  Vezina winner Marc-Andre Fleury after trading long-time blue liner Duncan Keith.

Chicago finished sixth in the Central Division last season with a 24-25-7 record.