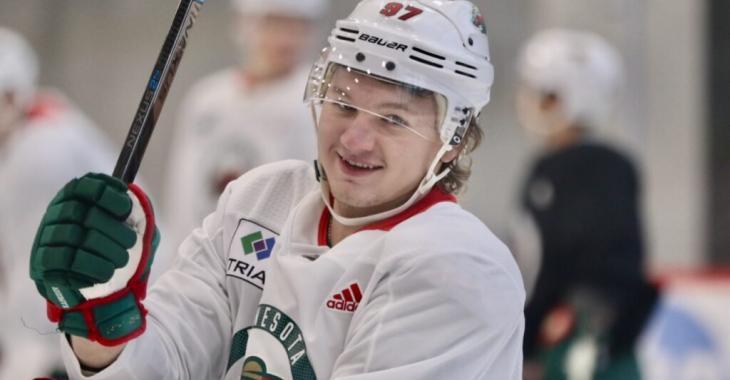 We are very close folks.

According to Minnesota Wild insider Michael Russo for The Athletic, the team and restricted free agent Kirill Kaprizov are very close to an agreement on a hefty contract.

Russo believes the Wild “compromised on term, pretty much at 5-years.” He also reports that he thinks “money is pretty close in $9M AAV range.”

“Now they’re working on a final agreement and structure, which is not gonna be easy.”

While he does mention it won’t be easy, you have to understand that this is as close as we’ve been in this saga for weeks now.

As you may remember, the Wild was scared of losing Kaprizov earlier this month when it was reported that the top rookie had a contract in place in the Kontinental Hockey League. Pressure was on as insider Frank Seravelli reported that CSKA Moscow — with whom Kaprizov played for three seasons before his recent NHL debut — had offered the young forward a one-year deal worth at least $10 million to return to Russia. The eight-figure salary would have kicked in on Sept. 1, but now it seems like Kaprizov is focused on making it work in Minny.

The news that GM Bill Guerin and Kaprizov are closing in on an agreement will overjoy Wild fans with weeks to go until the 2021-22 season.

Several former NHL stars will headline Russian Olympic team.
Subscibe to
Our NEWSLETTER
Receive the best articles of the web directly in your email