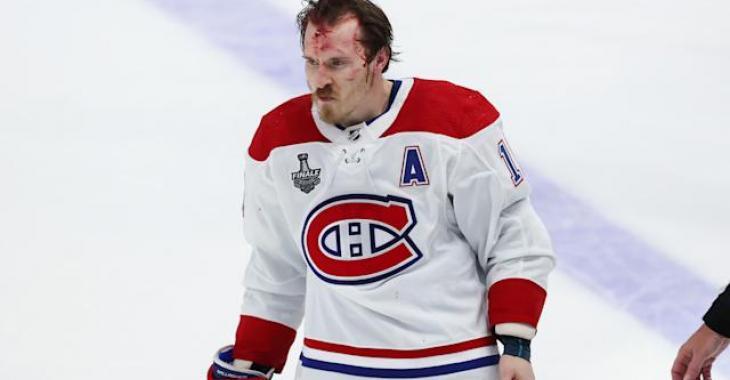 Let’s move on a bit from the Carolina Hurricanes signing an offer sheet with Montreal Canadiens centre Jesperi Kotkaniemi. Sure, this has been taking over the feed in the past few days and even prompted TVA Sports’ Yvon Pedneault to suggest that the Habs tend an offer to Vancouver Canucks restricted free agent Elias Pettersson.

We do like the idea: Pettersson has been able to produce at just under a point-per-game, notching 65 goals and 88 assists in 165 career games in Vancouver. There is no doubt that he has solidified his position as the team’s top line centre, which you know is enticing for the Canadiens. But Canucks’ fans have been worried about Pettersson’s future in Vancouver, seeing that he and fellow RFA Quinn Hughes are currently without contracts for the upcoming season. And money is tight with just $10 million left under cap.

This could indeed encourage the Habs to tend an offer to Pettersson, though Canucks’ general manager Jim Benning stated that the Canucks’ organization would “match any offer sheet” that came their way for the former fifth-overall selection.

However, Pedneault also talked about the possibility of acquiring J.T. Miller in a trade as well, but this idea might not go down as well with the Canadiens’ fanbase. That’s because Pedneault suggests giving up Brendan Gallagher in return.

This sounds like madness: with Shea Weber out long-term and the departure of Phillip Danault, the Habs need Gallagher’s leadership more than ever.

Sure, Miller is a fine target: the former first round pick recorded 46 points in 53 games last season and has two years left on his deal, that pays him $5.25 million per season.

But losing Gallagher: Pedneault, you’ve lost me there!

Report: Brady Tkachuk won’t report to Sens’ training camp if talks keep stalling
Subscibe to
Our NEWSLETTER
Receive the best articles of the web directly in your email