It looks like Bruins fans may have to put off any dreams they're having of a reunion with David Krejci. 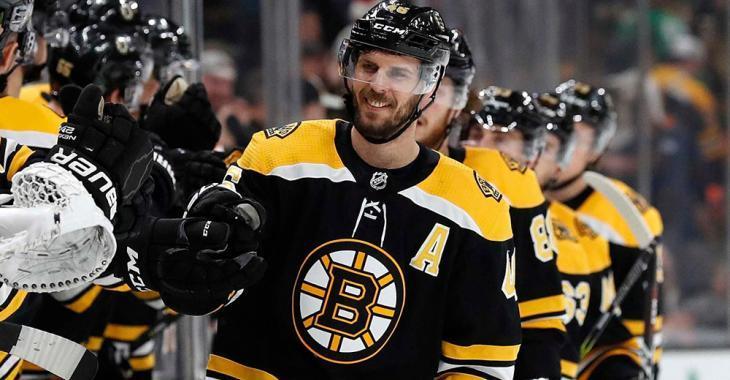 The Boston Bruins appear ready to continue to make noise in the National Hockey League's Eastern Conference, and they'll be bringing back most of the supporting cast along with a few additional faces in the fold.

However, one veteran leader who has been a mainstay in the spoked B decided to return to his homeland, while the future of another European star remains in question. David Krejci won't be suiting up for the Bruins for the 1st time in 15 years, as he elected to go back to the Czech Republic and play in front of his family with HC Olomouc in the Czech Extraliga. However, Bruins coach Bruce Cassidy appeared to leave the door open to a potential return for Krejci sometime in the future.

But if the most recent comments from Krejci are any indication, a reunion doesn't appear imminent - if at all. According to Krejci, who was introduced by HC Olomouc on Monday, he won't be coming back to Boston.

“I will stay in Olomouc all season, I signed a one-year contract,” Krejci told reporters, via NESN.com and translated by Google. “I’m not dealing with what’s next at all at the moment, but returning to Boston in the spring is definitely not in the game.”

Krejci elected to return to his homeland in order to be closer to the friends and family who helped put him on the path to the NHL that resulted in 15 years with the Bruins, and three appearances in the Stanley Cup Finals with one title to his name.

He scored 215 goals and 515 assists in 962 total games in the NHL, where he earned the reputation of being one of the League's most underrated players.

Does this mean that Krejci could potentially return for 2022-23? Only time will tell. All we know is that he's apparently closed the door on a return within the next year.

Kevin Bieksa defends the decision to not suspend Tom Wilson.
Subscibe to
Our NEWSLETTER
Receive the best articles of the web directly in your email