It's clear the disgruntled sniper wants out of Winnipeg. 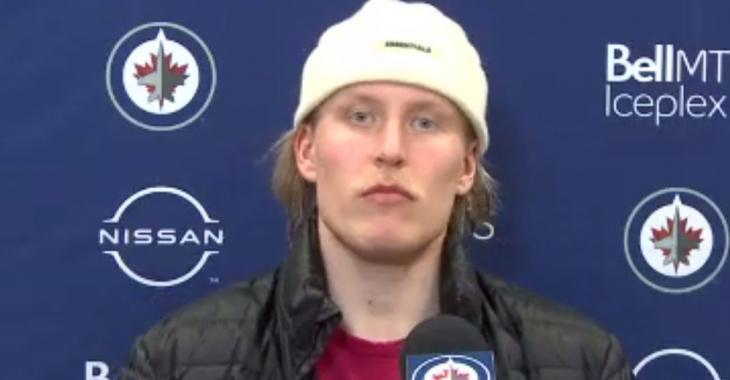 There are three certainties in life: Death, taxes and a trade demand out of Winnipeg.

Following in the footsteps of former Winnipeg Jets defenseman Jacob Trouba, Finnish sniper Patrik Laine has reportedly requested a trade from the team through his agent Mike Liut. While an offseason trade never materialized, a tense looking and sounding Laine addressed the media in Winnipeg this morning and... well let's just say that the former 2nd overall pick wrote some easy headlines for the assembled reporters.

I mean, just check out some of these comments courtesy of The Athletic's Murat Ates:

Yikes.... does that sound like a player who is ready to lead the Jets to a Stanley Cup? Or a guy who is looking for the nearest exit? The Jets have an incredible delicate situation with Laine this season. If he continues to be a distraction and his play drops off as a result, there's no way they'll fetch a commensurate return on the trade market. On the other hand, if he does play well, why would the team want to trade him in the first place?

I think the best thing the Jets can hope for is that Laine establishes himself as a hot commodity on the trade market and that they can recoup some assets back who can make an immediate impact. Stand by, Jets fans. This could be an interesting season.

Senators hugely criticized for putting $5M in the stands on opening night!
Subscibe to
Our NEWSLETTER
Receive the best articles of the web directly in your email