Even the star forward can’t explain it! 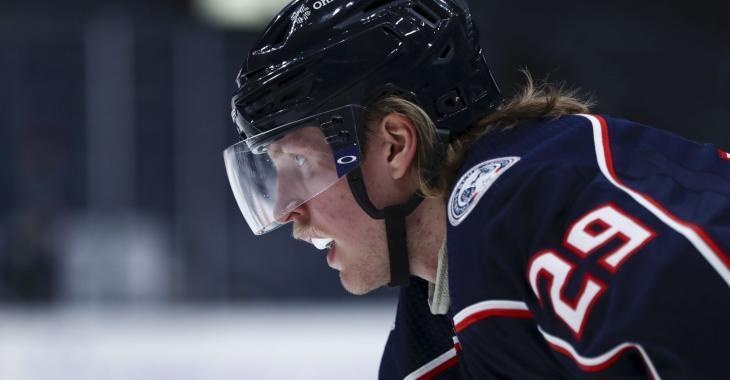 To say it has been rough in Columbus for forward Patrik Laine is an understatement.

Since joining the Blue Jackets in a trade involving Pierre-Luc Dubois heading to Winnipeg, Laine is on pace for 22 goals over an 82 game season - an all-time low for the first rounder.

When asked by Aaron Portzline of The Athletic about the worst slump of his career, Laine could barely find the words to explain it.

“I’ve always told everybody, I’m not worried as long as I’m getting chances,” Laine said. “So I feel like this is kind of new. I’m not even getting chances. That’s something I’ve never had before. I guess that’s just the way it goes sometimes.

“(I) still have to play the same way, play just as hard and hopefully find a way to do your best and hopefully score every now and then.”

Fans have been upset, now just with his lack of productivity, but also with the ongoing rumour reported by Portzline that Laine could get a new deal with the Blue Jackets, worth between $9M-$10M annually. Portzline added that he would not be surprised if the deal was for one season, which would give Laine more time to decide if he wants to stay long term.

If Laine does get that one-year, $9M or $10M deal Portzline is reporting about, he would therefore receive quite a promotion as he is currently earning $6.75M this season. That’s a lot more doe for someone who’s scoring a lot less goals…

When asked if the coaching style of his new bench boss could be the reason Laine has been struggling this season, the 22-year-old had this to answer Portzline:

“I don’t know, it’s hard to say,” Laine said. “I’ve never really been a guy who’s playing in the corners or behind the net too much.

“I’m usually the high guy looking for openings where I can maybe receive the puck and try to shoot it. That’s what I’m good at. But you still have to do other things. So I don’t know. That’s a tough one.”

At the moment, Jackets GM Jarmo Kekäläinen supports Torts in reshaping Laine’s game, even if he benched him a few times. On Tuesday night, Laine recorded just 13 minutes and 12 seconds of ice time in the Jackets’ 3-1 win over the Tampa Bay Lightning.

However, Laine might still want to stay in Columbus - especially if he gets as much as $9M! - seeing that Tortorella’s contract expires at the end of the season.

Maybe these are all signs that Torts won’t return and that Laine will be better!