It hasn’t exactly been a match made in heaven for Laine and the Blue Jackets. 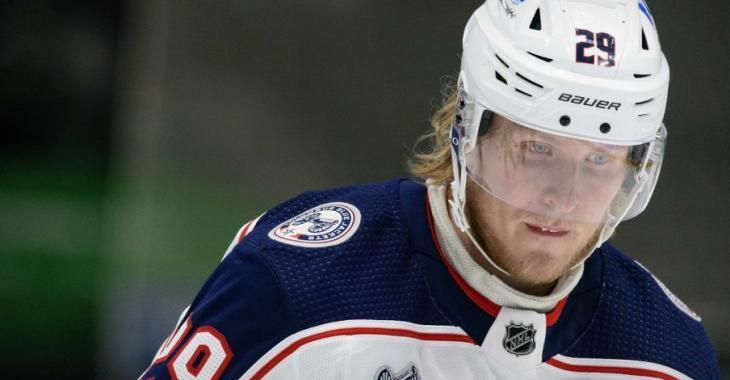 This probably was one of the hardest year for forward Patrik Laine. Since arriving from the Winnipeg Jets in a blockbuster deal involving Jack Roslovic and Pierre Luc Dubois, Laine has failed to impress Blue Jackets head coach John Tortorella. Laine has been benched, he’s been publicly admonished and earlier this week, he was banished to the fourth line.

That was rock bottom for the former first-rounder and everyone assumed it would also be the last straw for Laine, who is a restricted free agent this summer. There were talks that Laine could consider sitting out a whole year to get himself to unrestricted free agency.

However, Darren Dreger revealed on last night’s edition of Insider Trading on TSN that Laine is taking responsibility for his play and the feeling is that he wants to stay in Columbus.

Surprising right? Here is how Dreger explains it:

“Patrik Laine obviously disappointed in the way this season has gone with the Columbus Blue Jackets but he’s taking responsibility for that. My sense is that Laine hopes to stay in Columbus at the conclusion of the season and continue working with their strength and conditioning staff before going back to Finland. Laine is a pending restricted free agent with a hefty qualifying offer. He wants to be better in time for next season. The belief is that Blue Jackets general manager Jarmo Kekalainen is going to try his best to acquire a top-line centre to help Laine in time for next year.”

Is that what Laine needs to get back to his old ways - and we know how much he can produce! If Laine trusts that Kekalainen can get him a boost up front for a real offensive threat, he might indeed look to stay in Columbus and get going.

And he might not have to deal with Tortorella, whose contract is up this season.