NHL News : Laine finally opens up about getting benched by Torts in fourth game in Columbus

Word is that he was disrespectful to the coaching staff… 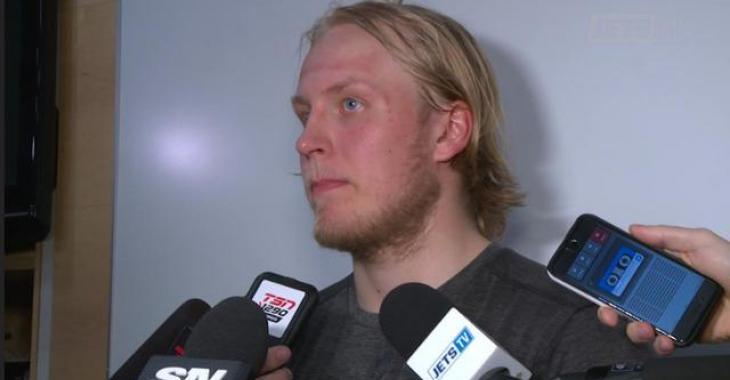 You know it by now: Columbus Blue Jackets forward Patrik Laine was benched for the third period of Monday’s 3-2 win over the Carolina Hurricanes after skating 11:14 in the first two frames.  Head coach John Torteralla didn’t explain why he sat his star player after the game, but it was reported last night that Laine was not benched for his play : he reportedly mouthed off to an assistant coach, per a source who spoke to the Columbus Dispatch.

“An NHL source said Laine “mouthed off” to one of the Blue Jackets’ assistant coaches, and another source with knowledge of the situation confirmed that account. It’s unknown what Laine said, or whom he said it to, but whatever it was prompted head coach John Tortorella to keep the team’s newly acquired star stuck to the bench in a 2-2 game.”

The Jackets were back on the ice on Wednesday morning for practice and Laine skated on a line with Jack Roslovic and Cam Atkinson. After the skate, he was seen in deep conversation with Tortorella, who confirmed Laine will play tomorrow night against the Blackhawks in Chicago.

“We’re by it,” Tortorella said. "I'm not speaking on this subject anymore...”

As for Laine, he finally met with reporters, who were all eager to find out how he felt about the benching and the star forward admitted he he deserved to be benched. Further, he doesn’t think it will have any impact on his future with the Blue Jackets.

We all know it wasn’t the first time Tortorella has resorted to benching a player this season. But now, Laine knows what it feels like and we bet he doesn’t want to be glued to the bench ever again.

Glad they put this behind them.