NHL News : Kucherov out for the entire 2021 season, Lightning get $9.5 million in cap relief

The defending Cup champions lose their best player but gain some much needed cap space. 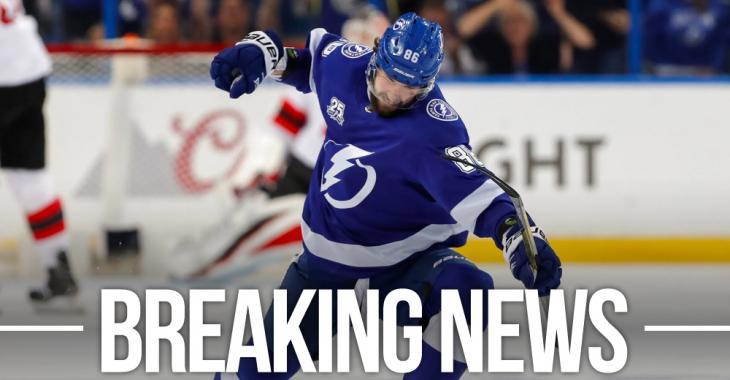 It's official, the Tampa Bay Lightning are out of the NHL's salary cap jail... but it came at quite a cost.

As a result the Lightning will get the full relief of Kucherov's $9.5 million salary against the NHL salary cap this season.

Kucherov is hopeful to re-join the team in time for the Stanley Cup Playoffs in June.

Now, if you find yourself thinking, "Well... that's awfully convenient," you're not alone. Several fans have accused the Lightning of using Kucherov's injury as an easy way out of the salary cap violation that they were sure to commit with him on the roster.

Nikita Kucherov is one of the best players in the world. In fact, he won a Hart Trophy as the league's MVP just over a year ago. Don't you think the Lightning would prefer to play with this guy in their lineup? If they were going to "fake" an injury to one of their highly paid players, don't you think it would be... oh... I don't know... maybe someone like their captain who makes $8.5 million but can't seem to stay healthy for more than a few months at a time?

The fact is that if the Lightning wanted to construct some sort of conspiracy to get out from under the NHL's salary cap restrictions, they'd likely place Steven Stamkos and his $8.5 million on LTIR. Makes a lot more sense, right? Stamkos has a long, long, loooooong injury history and there's not a person in the world who look suspiciously on a Stamkos injury report.