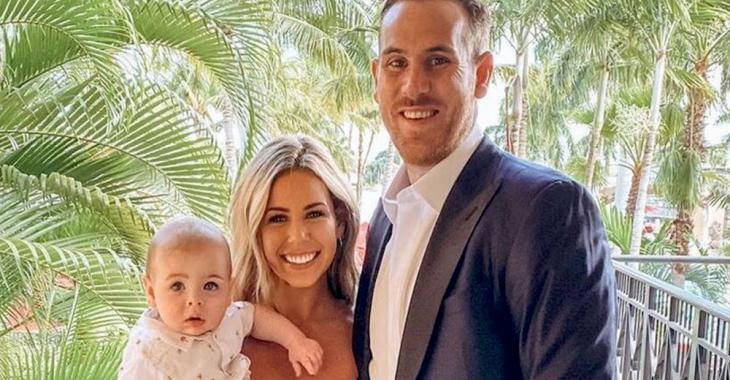 This truly is another example of how the world just isn't fair.

Former Boston Bruins forward Jimmy Hayes, a devoted husband and father, passed away unexpectedly on Monday morning at the young age of 31, leaving behind a grieving family as well as plenty of former teammates and friends.

"My angel I love you so much,” Kristen Hayes wrote Tuesday on her Instagram Story, over a photo of Hayes holding the couple’s two sons, 2-year-old Beau and 3-month-old Mac. “I miss you. I don’t know how I’m going to do life without you. You should be here. This isn’t fair.”

His unexpected passing has resulted in an outpouring of tributes from his former teammates, his former NHL clubs, and his alma matter of Boston College, whom he helped to a national title.

He wrote, "My whole life it has always been Jimmy and Kevin or the Hayes brothers. I have followed you around since I can remember and I wouldn't want it any other way."

Rumblings of Eichel trade pick up after unforeseen Ristolainen trade!

5 players have waived their No Movement Clauses for the expansion draft.
Subscibe to
Our NEWSLETTER
Receive the best articles of the web directly in your email