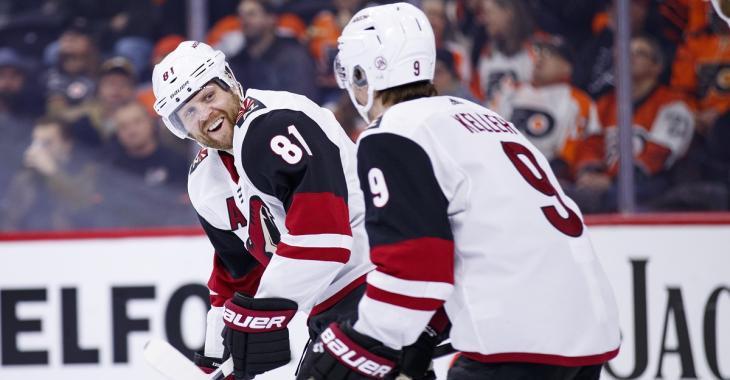 There's no question that National Hockey League forward Phil Kessel has been one of the most interesting hockey players of his generation and one of the most unique characters the sport of hockey has had in quite some time.

Kessel has always been a bit of an oddball and something of an enigma to fans who have followed his career, and although he can produce at an elite level on the ice he has never really managed to last very long in one place. That could very well be due to the fact that, in spite of his undeniable talent, Kessel's unique personality can at times rub some of those around him the wrong way.

On a recent episode of the Spittin Chiclets podcast former Phil Kessel teammate Kris Versteeg shared a hilarious story about just how difficult Kessel can be to deal with at times when it comes to being a teammate of his. The story was delivered with a big smile and I have no doubt in my mind that Versteeg looks back on those moments as fond memories, but I suspect given the tone and the language he used that part of him genuinely wanted to get his hands around Kessel's neck at times.

"He would always take the curtains and he would take like a close hanger to make sure no sun got in right? One day I remember we're in Pittsburgh and the clothesline falls off and it's like 7 in the morning and the sun is pearing and he's like 'Oh my eyes! My God Steeger turn the lights off!'," said Versteeg while doing a hilarious impersonation of his former Maple Leafs teammate.

"I'm like 'Stand up Phil! What the fuck?' It was constant stuff like that or even if the next day he would wake up and say 'I feel terrible Steeger I feel terrible,' and I would be like 'It could have been that bowl of cheese you ate with pregame,' and then he goes out and scores two goals and an assist and then he comes to the bus after and he says 'Steeger, not gonna lie I felt terrible out there holy shit' and I would just be like 'I wanna kill this guy.'"

Versteeg obviously admired the tremendous level of talent that his teammate was able to display in difficult circumstances, but I do suspect that part of the veteran forward would also have liked to see a little more effort from Kessel.