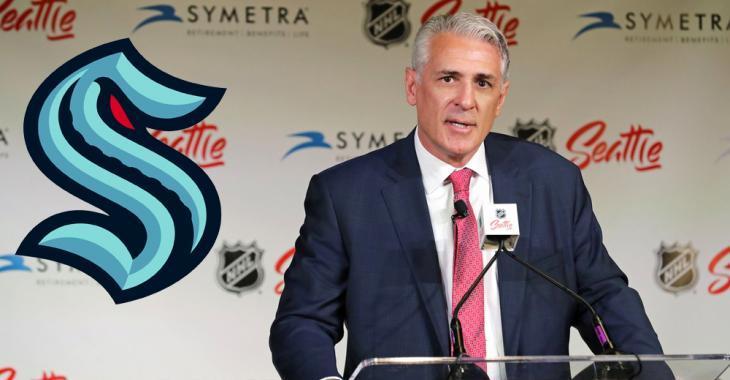 The Seattle Kraken has called a press conference for 10am PT today and all indications are that the NHL's newest franchise will unveil the first head coach in team history. However, it's expected that veteran NHL coach Rick Tocchet will NOT get the job, despite reports from earlier this month that Tocchet seemed to be a lock for the position.

Just last week NHL insider Elliotte Friedman reported that Tocchet had had his third interview with the team after it looked like a sure bet.

New York Rangers insider Larry Brooks also reported that the Kraken would be hiring Tocchet after missing out on Rangers hiring Gerard Gallant. So again... what gives?

Ian Furness of Sports Radio KJR in Seattle also reports that Tocchet will NOT be the team's first head coach, but that the team will indeed unveil their hiring at 10am.

I might be completely out to lunch here, but I'm going to go off the board and throw out a potential name: Bruce Boudreau. I can't help but think how great of a fit Boudreau could be for a brand new team seeking an identity. Boudreau is a jovial, "players' coach" who does well with the media and is known for fiercely defending his players. In that respect, he's much like Gerard Gallant and Gallant worked out fantastically for the expansion Vegas Golden Knights back in 2017. In short, Boudreau exactly the kind of coach the Kraken need to get started on the right foot.

Then again, there are more "hard assed" coaches out there like Mike Babcock and John Tortorella on the free agent coaching market. If Kraken GM Ron Francis wants to make a bold move and instil a culture of hard work and accountability, he could elect to go with either Babcock or Tortorella. Frankly, it'll be interesting to see which route Francis and the Kraken go with. Still though... I can't help but feel like Tocchet is getting short-changed in all of this. One could argue that he's the perfect middle ground between a pushover like Boudreau and a hard ass like Tortorella.

Again, regardless of who gets the job, today's announcement should be interesting. Stay tuned.

Joe Thornton ripped for looking “too slow” in the Swiss League.
Subscibe to
Our NEWSLETTER
Receive the best articles of the web directly in your email