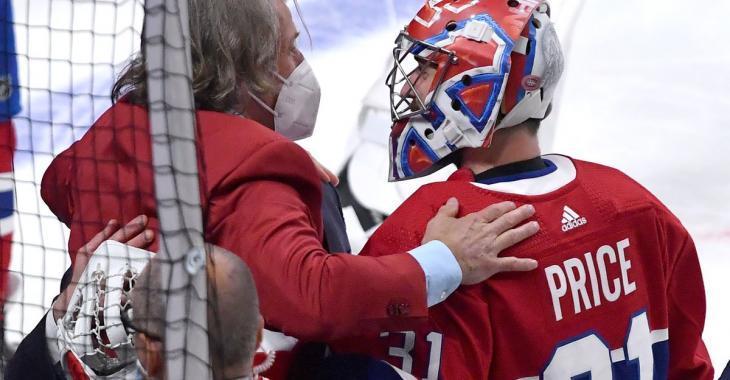 And it looks like the Kraken is waiting up to the last minute to make an offer to the Montreal Canadiens. According to Elliotte Friedman of Sportsnet, general manager Ron Francis will wait until the very last minute to make his decision on whether or not he will pluck star goalie Carey Price out of Montreal.

On top of that, Pierre LeBrun revealed on last night’s edition of Insider Trading on TSN that Francis will communicate with Habs’ GM Marc Bergevin to see what he is willing to give up in order to make sure the Kraken does not select Price at the expansion draft.

This is the best kind of poker game: who bluffs best? If Bergevin panics, he could fold and let Francis have some prospects to make sure Price stays in Montreal, however, Francis might not even want Price to begin with and might be trying just to get something out of the Habs to build a future!

“I think there is a chance of that from the point of view of this, I think there is an expectation that Seattle may come at the 11th hour and ask Montreal about a price in order to not take Carey Price, no pun intended. If that’s the case, how does GM Marc Bergevin react? To me, Marc Bergevin is pot committed, if we stay with the poker theme here. He’s exposed Carey Price, Price is in on this, I don’t think you pay a price. I think you call Seattle’s bluff and say, either take him or don’t.”

This is a huge risk to take for the Canadiens, no doubt. We will all be watching tonight to see if Price remains with the Canadiens.

Oddsmakers have new favourite to win the Stanley Cup, per Elliotte Friedman
Subscibe to
Our NEWSLETTER
Receive the best articles of the web directly in your email