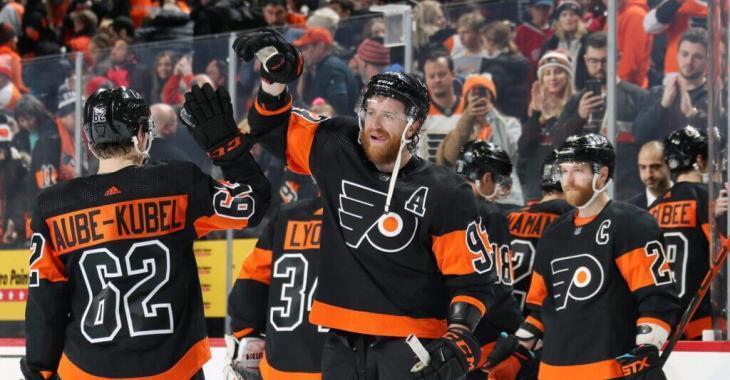 There is no doubt that there is a lot going in the National Hockey League today!

Many teams are currently trying to get the help of the Seattle Kraken in an attempt to acquire a player left unprotected by a rival team ahead of tonight’s expansion draft.

The Philadelphia Flyers are said to be one of those teams. Just days after acquiring defenseman Ryan Ellis from the Nashville Predators in a three-team trade, the Flyers might be looking for another blockbuster deal.

According to analysts Russ Joy and Anthony SanFilippo, the Flyers are actively working with the Kraken on a major trade that is likely to involve a third club: the St. Louis Blues.

The two analysts report similar but not exactly identical information on a rumoured deal. Each of them claims the Flyers are trying to get their hands on Blues forward Vladimir Tarasenko. To make that happen though, they will have to convince the Kraken to select him in the expansion draft.

In return, the Flyers would give up forward Jakub Voracek and a second or third round draft pick and let Seattle select defenseman Robert Hagg.

This is what is being said across the NHL… and we will see what was true later tonight.

Earlier this week, the Blues opted to expose Tarasenko to the Kraken and protect Ivan Barbashev. Tarasenko wants out of St. Louis has gotten more real this week, when the Blues veteran forward provided his team with a list of approved trade destinations. Blues insider Jeremy Rutherford of the Athletic reported the list to be: the Rangers, Islanders, Golden Knights, Bruins and Flyers we reported previously, and you can add the Lightning, Capitals and Panthers to that list.”

Since he hoisted the Stanley Cup on Boston ice in 2019, injuries have seen Tarasenko suit up for just 34 of a possible 127 games. However this week, doctors have confirmed that Tarasenko is healthy and ready to go.

Vasilevskiy’s questionable equipment controversy finally explained!
Subscibe to
Our NEWSLETTER
Receive the best articles of the web directly in your email