Can this help him recapture the magic of a decade ago? 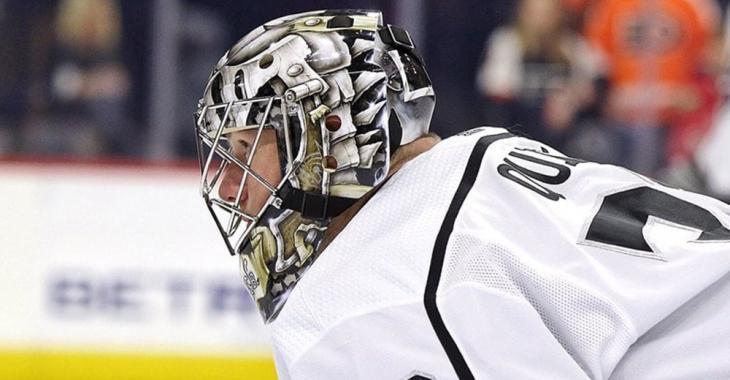 Los Angeles Kings goaltender Jonathan Quick has apparently decided on a blast from the past.

Of course, it was Quick who won the Conn Smythe Trophy as the NHL's most valuable player during the 2012 Stanley Cup Playoffs, backstopping the Kings to their first ever Stanley Cup championship while posting a sparkling 1.41 goals against average and .946 save percentage.

And fans will notice that his new gear setup for the 2021-22 NHL Season looks just like his pad design from the legendary 2012 Cup run. To be specific, the Vaughn gear that he's sporting are re-skinned versions of the V4 line.

Quick has been one of Vaughn hockey's flagship goaltenders, and you can bet the manufacturers are happy to accommodate his gear requests. Can his new "old" gear design help him recapture some of the magic?

Draisaitl crosses up the Sens D, scores a goal of the year candidate