This would be WILD! 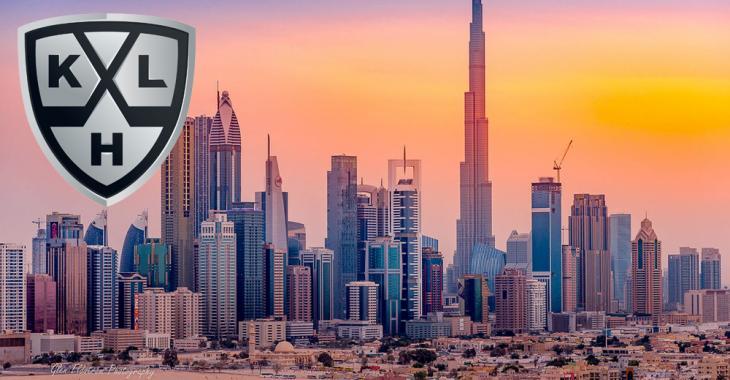 According to a report from Russian hockey insider Aivis Kalnins, the Kontinental Hockey League (KHL) is looking at hosting its traditional KHL World Games in Dubai, United Arab Emirates (UAE).

Following Kalnins' report for Full Press Hockey, the KHL released the following statement confirming that the UAE is indeed an option for the KHL Wolrd Games:

KHL is considering three options where the ”KHL World Games” events would be held, amongst those is UAE. We’re actively working on the process that will lead to a final decision, however, it’s too early to speculate on a possible destination.

The league has held five prior World Games events in the past, with two matches in Zurich, Switzerland and two in Vienna, Austria as well as a single match in Davos. Switzerland. Last season the event was postponed due to the COVID-19 pandemic.

While the league has yet to tip its hand with regards to who might play in the event, Kalnins reports that Avangard Omsk and AkBars Kazan would be the two teams most likely to play in the event.

Per source: We are considering all options, but our goal is to promote the game and if we are headed there, we will need to send there some of our top teams. Right now we see current Gagarin Cup champions – Omsk and former champions AkBars going at it in the beautiful place that is UAE.

Tortorella goes off on Laine again, but this time he throws Roslovic under the bus too!
Subscibe to
Our NEWSLETTER
Receive the best articles of the web directly in your email