NHL News : Key figure to return to the lineup for the Boston Bruins tonight vs. Caps

The Bruins are welcoming back a key piece of their top-6 tonight. 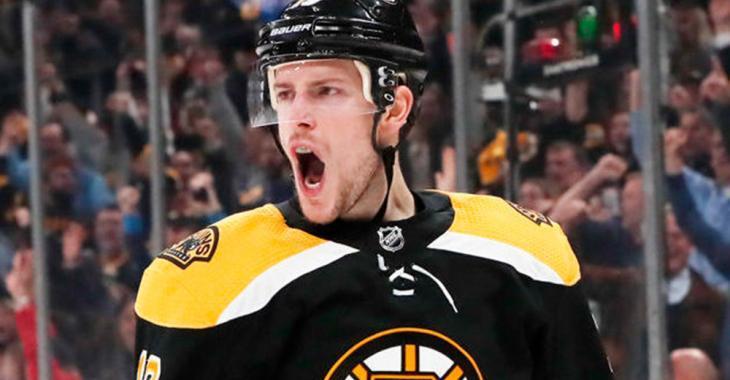 The Boston Bruins continue preparations for the regular season as they gear up to face the winless Washington Capitals tonight in exhibition play. And they're welcoming back a key piece of their top-6 to the ice.

Charlie Coyle, who underwent offseason surgery to repair an avulsion fracture in his left kneecap and a small tear of the patellar tendon, will be in the lineup. And needless to say, he's been chomping at the bit to get back into action.

"Pretty eager," he said when asked how he's feeling. "That’s why you play...it’s new linemates, new teammates, getting the system back again, that’s stuff is big."

Coyle will be playing a larger role in Boston's offense this season thanks to the departure of veteran forward David Krejci, who elected to return to his homeland to play closer to family and friends.

[Coyle] has to play some games here,” explained head coach Bruce Cassidy. “He’s going to play Wednesday hopefully, and then he’ll need to get some games under him before we start moving the pieces around. It will be [a challenge] for [Coyle], but he’s been skating. He’s not new to the league, and he’s not new to [Craig Smith], and he’s practiced with [Taylor] Hall, so he’ll be up to speed. We’ve seen [Erik] Haula now, and [Patrice Bergeron] is up to speed and [Tomas] Nosek, so we have some guys where we can go easy on [Coyle’s] minutes at the start if we really need to for shaking the rust off."

Tonight marks the second matchup between the Bruins and Capitals this preseason. The B's trumped the Caps 3-2 in a shootout at Capital One Arena in their first matchup, with Jake DeBrusk and Erik Haula tallying in both regulation and the shootout. Meanwhile, Linus Ullmark is projected to get the start in net.

Zdeno Chára skates in 1,600th career NHL game
Subscibe to
Our NEWSLETTER
Receive the best articles of the web directly in your email