A show me deal. 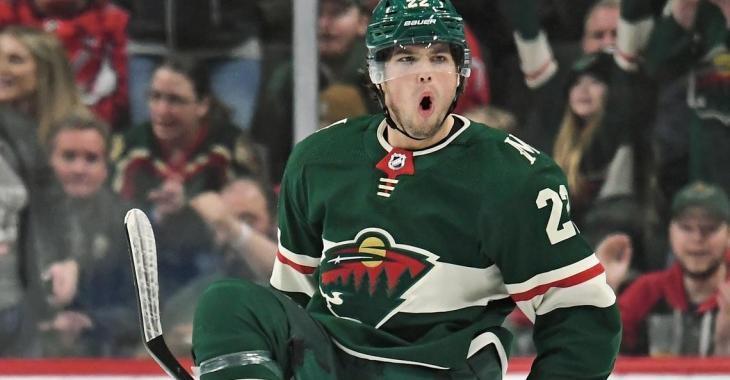 The Minnesota Wild and burgeoning star forward Kevin Fiala have reportedly come to a deal in spite of the fact that there was a large gap between the two sides.

On Sunday we reported that there was a gap of more than $2 million between Fiala and the Wild as the two sides appeared to head for arbitration, a process that can often lead to friction between player and team. Fiala was asking for a contract that carried a whipping $6.25 million in terms of average annual value, while the Wild on the other hand had made their ask at $4 million.

The two sides have seemingly met in the middle on a new short term deal however, avoiding the difficult arbitration process at least for the foreseeable future. National Hockey League insider Elliotte Friedman broke the news on Monday morning announcing that the Wild and Fiala had settled on a average annual value of $5.1 million, but at the time of his report we did not know how long the contract would be.

The latest on that front comes to us courtesy of Minnesota Wild insider Mike Russo who is reporting that this will be a show me type of deal, a one year contract for Fiala in Minnesota. There are of course a lot of inherent risks involved in this type of a deal from the standpoint of both the player and the team, but it appears both sides were willing to move forward with this approach.

The risk for Fiala is an obvious one, he is coming off the best two seasons of his NHL career and securing a long term deal would have given him financial security for years to come. Should he have a down year or should he suffer some type of significant injury, it could hurt his ability to negotiate a new deal come the end of next season.

The other side of that coin however is where the risks for the Wild come in. If Fiala continues to improve and continues to blossom into a true bonafide star for the Wild, the cost of doing business on a long term deal next year as opposed to this summer will be much higher.

That being said I can hardly blame general manager Bill Guerin for taking a cautious approach here. The buyouts of both forward Zach Parise and defenseman Ryan Sutter will make navigating the salary cap an extremely complicated affair for the Wild, especially over the course of the next 4 seasons, and hedging his bets in this situation seems very prudent under the circumstances.

After poaching Hakstol from the Leafs, the Kraken raid the Bruins for their next coaching hire

Rumor: Evander Kane rubbing his teammates the wrong way in San Jose.
Subscibe to
Our NEWSLETTER
Receive the best articles of the web directly in your email