NHL News : Kevin Bieksa steps up his game with 3 hilarious photos on HNIC. 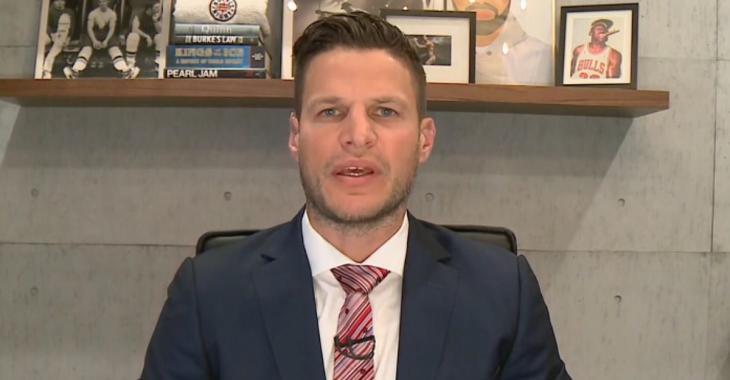 The most memorable trolling from Bieksa has come in the form of the rather hilarious pictures that he has featured behind himself during his segments on the air, pictures that have included the likes of former teammates like Ryan Kesler, former general managers like Brian Burke, and now we've got one of Bieksa's colleagues making an appearance behind him in the form of several Elliotte Friedmans.

Each time the pictures have been displayed with the intent of being funny and perhaps poking some friendly fun at the person featured in the photograph and there's no doubt that Bieksa was having some fun at Friedman's expense this time around. Instead of featuring a single photo of his colleague on the broadcast, Bieksa had a panel of photos behind him that show Friedman at different stages in his career. Needless to say the veteran National Hockey League insider has gotten a lot scruffier over the years and no doubt that was one of the things Bieksa was going out of his way to highlight.

The fact of the matter is that Friedman was no doubt a lot less comfortable being himself earlier on in his career, and now that he has established himself as arguably the best insider in the hockey business he probably feels a lot more comfortable simply being himself.

Here's how the pictures looked while they were up on the shelf behind Bieksa during his opening segment on tonight's broadcast.

Now it might be a little hard for you to make out what exactly the 3 pictures are like depending on what device you're on, but we've got you covered. Here is a close up look at the photographs.

As you can see the clearly go from a young, more clean cut, Friedman to the scruffy gray and white bearded man that we see in the third and final photo. Can't wait to see how Friedman responds to his prank, and perhaps more importantly I can't wait to see what Bieksa will do next.