The former Canucks player turned CBC analyst with a perfect take on things. 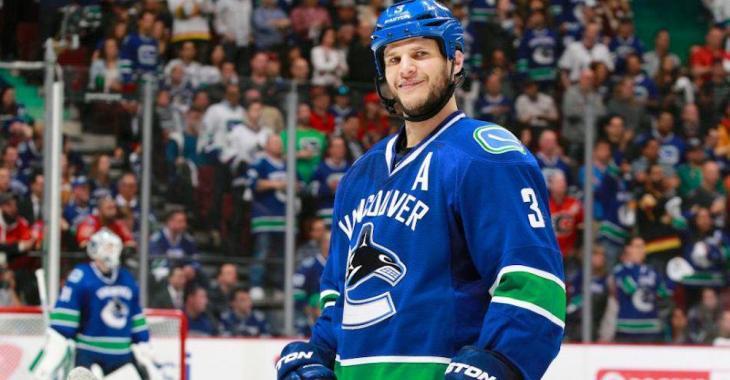 One of the very best things to come out of this weird season and a half of NHL hockey that we've all experienced is the emergence of former NHL defenceman Kevin Bieksa on the media side of the game. The former Vancouver Canucks and Anaheim Ducks blueliner has transitioned from the ice to the camera and frankly he's been an absolute delight to watch.

Maybe I'm biased because I've been a Bieksa fan since his NHL career started, but to me he's one of the quickest, most dialled in analysts in all of sports. He's just such a natural and his knowledge of the game really shines through when he's on camera. He's joining the likes of Ray Ferraro and Kelly Hrudey as former NHLers who have established themselves as bigger personalities off the ice than they were on the ice. And that's taking nothing away from all three of these guys as they all had noteworthy NHL careers in their own right.

What's even better about Bieksa though is he has recent experience dealing not only with the players on the ice, but the media around the league too. Bieksa is, of course, well versed with the Vancouver media and he did not hold back in his criticism of said media in his latest appearance on Sportsnet 650 radio.

Insider reveals the real reason why Laine was benched by Tortorella!
Subscibe to
Our NEWSLETTER
Receive the best articles of the web directly in your email