Bieksa draws the ire of his co-hosts. 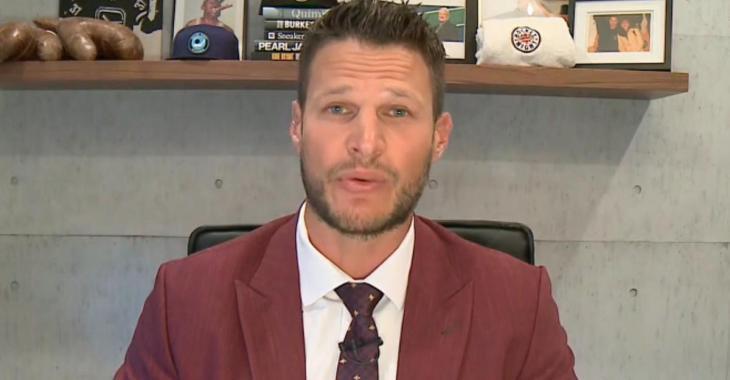 Former National Hockey League defenseman Kevin Bieksa has been one of the best additions I've seen to the Hockey Night in Canada broadcast in quite some time and he has largely knocked it out of the park this season. That being said, Bieksa drew much criticism on Saturday night when he touched on the controversy surrounding Washington Capitals enforcer Tom Wilson.

Although there has been a consistent narrative on social media suggesting that what Tom Wilson did to New York Rangers forward Artemi Panarin was some kind of outrageous act of violence, it has become more and more apparent that many within the NHL do not agree. Perhaps then it should have come as no surprise then when Bieksa, a player who himself played the game on the edge during his entire career, had a take that also largely came off as a defense of both Tom Wilson and the National Hockey League's Department of Player Safety.

Although the other members of the panel, Ron MacLean, Kelly Hrudey, and Jennifer Botterill were quick to throw both Wilson and the decision not to suspend him under the bus, Bieksa offered a very different take that clearly provoked the ire of his co-hosts.

"These are noogies," said Bieksa in regards to the hits on Pavel Buchnevich. "I understand player safety and everything but this is hockey and scrums are a part of hockey and a little push to the helmet of a guy on the ice, as bad as it looks to people, those don't hurt."

Bieksa was then promptly cut off by all 3 of his co-hosts, but in spite of that he continued with his comments arguing that Wilson's actions did not rise to a level of a suspension.

"The Panarin one was a little excessive" said Bieksa. "I think there's no honor in him doing that to a guy like Panarin because of the mismatch. I still don't think the actions and what he actually did, not what he almost did, warrants a suspension... If he smashed his head off the ice yeah throw the guy out of the game, but he didn't."

Bieksa went a step further by arguing that Panarin was responsible for putting himself in the dangerous position that resulted in Wilson wrestling him to the ice.

"I think I've been in more aggressive pillow fights before guys and I don't think the league needed to step in here... Just because Panarin is a skill guy and Buchnevich is a skill guy they don't get a free pass in these scrums. You don't get to jump on a guys back like a spider monkey and have no repercussions. I think Wilson went overboard there but I also think it goes both ways."

Bieksa's co-hosts were visibly hot under the collar after his comments on the issue, even at times unable to contain themselves from interrupting him during the segment. That being said full credit to Bieksa for having the courage to stick to his guns in spite of the overwhelming public pressure to view this one in a very different light.

Here's a short clip that shows just how flustered some of his colleagues were with his comments.