The Oilers GM isn't exactly the favorite person of the fan base right now. 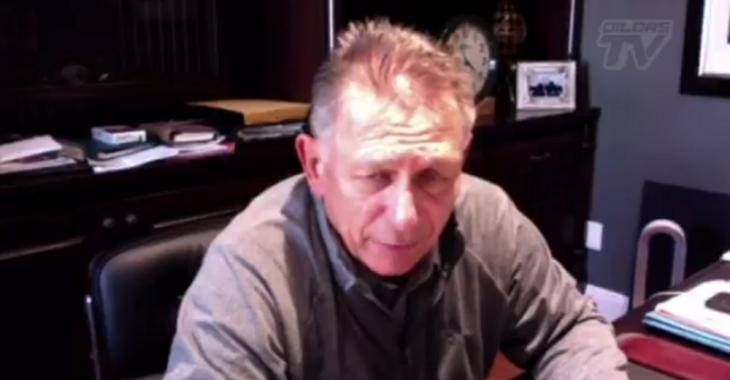 The legacy of current Edmonton Oilers GM Ken Holland can't be questioned, as during his time in the Motor City, he earned the right to have his name engraved on the Stanley Cup a whopping four times, three as Detroit's GM.

But prior to Steve Yzerman's return to Detroit in April of 2019, Holland had fallen out of favor with Detroit Red Wings fans for numerous regrettable trades and exorbitant free agent signings for aging and underperforming players that the team continues to deal with today.

Oilers fans are getting a taste of Holland's legendary love for past-their-prime veteran players, as he acquired former Chicago Blackhawks defenseman Duncan Keith this afternoon in a deal that sent young Cody Jones and a 3rd round draft selection back to the Windy City.

Like Holland, Keith's legacy is secure. The 3-time Stanley Cup champion and two-time gold medal winner with Team Canada developed into one of the game's top blue liners not long after his NHL debut with Chicago during the 2005-06 NHL season.

But as he does for everyone, Father Time comes for everyone. Keith certainly isn't the player that he once was during Chicago's glory years, and still has two years remaining with a cap hit of $5,538,462 on the 13 year deal he inked in 2009. Oh, and a no-trade clause - another favorite of Holland.

He responded to a journalist asking him if he could have gotten a better deal for Keith with this rather snarky answer:

Needless to say, that isn't exactly sitting well with the fan base right now. Take a look at a few reactions on social media:

Rumor: Eric Gelinas returning to the NHL after nearly 4 years away.