NHL News : Keith Yandle is willing to waive his no-move clause to go to Boston!

After he was threaten to lose his Iron Man streak in Florida, it sounds like a move could come, but he has just one preferred destination. 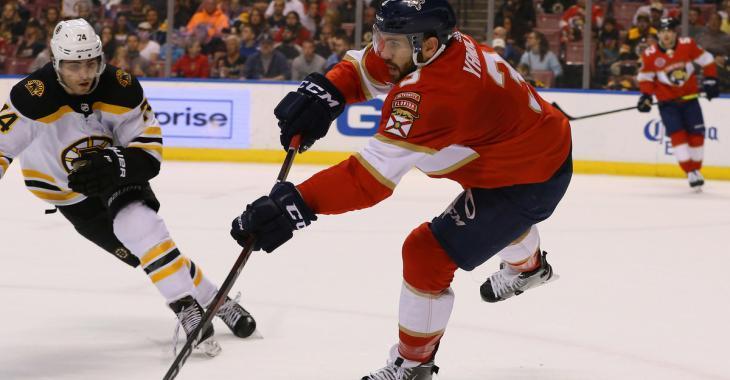 At the start of the season, veteran defenseman Keith Yandle’s Iron Man streak was in jeopardy when he was seen practicing with the taxi squad ahead of his team’s opener, however, he was in the lineup for the Florida Panthers’ first game and even recorded a goal, his 100th career one, in the process. He was also dressed for the Cats’ second game against the Chicago Blackhawks, in which he recorded a goal and an assist in the overtime win.

However, it seems like something has been broken between the blue liner and the Panthers and a move could be coming soon. That is if Yandle agrees to one, seeing that he holds a no-move clause in his current contract.

Sportsnet’s Elliotte Friedman just revealed in his 31 Thoughts column that Yandle does have a preferred destination if ever his general manager Bill Zito goes ahead with a trade.

“There’s a lot of speculation that he would be willing to waive to Boston. I’m not convinced there’s a match, however. The Bruins have been extremely careful not to add long-term money. It doesn’t fit their current activity.”

That’s interesting to read seeing that NHL insider Nick Kypreos pointed out on his podcast over the weekend that there were talks of Yandle blocking a three-way trade that included the Bruins.

“The talk is Boston, Islanders, maybe a 3 way trade, maybe Yandle ending up with the Boston Bruins,” revealed Kypreos on the podcast . “I’m sure [the Panthers] would have to eat some money on that but it didn’t come to fruition. It appears he stood his ground.”

“He was done, he was kicked to the curb, it was over and then in 48 hours that guy goes back on to the first power play,” added Kypreos. “Now I am told that this was all ownership driven, that he needed to come in and address it. My understanding is that Keith Yandle and his agent got an apology from his management team in Florida.”

“I don’t know where Florida goes from here but I think owner wasn’t pleased with the way it was handled,” Kypreos said in conclusion.

We don’t know what that means for Friedman’s information that Yandle would actually like to end up in Boston. However, the Bruins would surely struggle to take on his $6.35 million cap hit.

NHL releases new critical dates for the upcoming season: many changes have been made.
Subscibe to
Our NEWSLETTER
Receive the best articles of the web directly in your email