NHL News : Kasperi Kapanen cannot attend Penguins’ camp yet and could miss start of the season

The new forward will miss action at training camp. And maybe more… 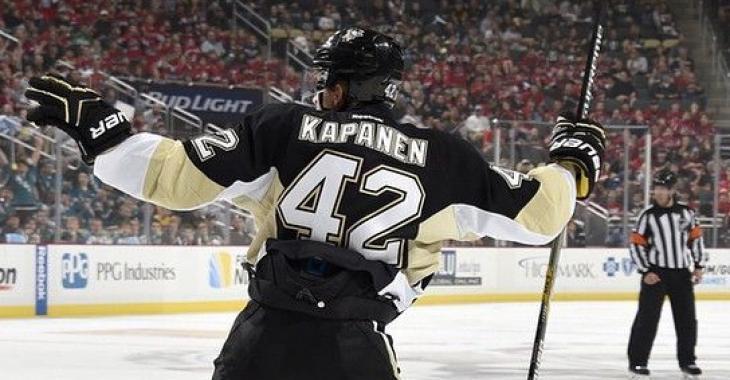 The Pittsburgh Penguins didn’t waste time making move at the end of their playoff run, acquiring forward Kasperi Kapanen in a significant trade at the end of August.

However, it sounds like time isn’t on their side when it comes to training camp as general manager Jim Rutherford revealed late on Friday that Kapanen will not be present for the start of the team’s training camp on Sunday due to his immigration status.

“He has an immigration timing issue so he will get here partway through camp,” Rutherford explained.

Kapanen returned back to Finland during the offseason and Rutherford revealed that complications were making it hard for him to return to Pittsburgh on time. The GM was even hesitant to say if Kapanen would be available by the start of the regular season. The Penguins are scheduled to open the 2020-21 campaign on Jan. 13 with a road game against the rival Philadelphia Flyers.

“This is an immigration issue so I don’t have a timeline on it,” Rutherford added.

On top of that, COVID-19 protocols and quarantine rules are expected to delay Kapanen’s return to the team.

The clock is ticking, especially now that we know, per head coach Mike Sullivan, that Kapanen is likely to play on the right wing of the top line that is centered by Sidney Crosby this upcoming season. We bet the Pens would have like to see their chemistry ahead of the campaign during camp…

Fans in Pittsburgh cannot wait to see Kapanen in a Pens’ uniform and play games for the club who selected in the first round back in 2014. He was however moved to Toronto in July of 2015 as part of the blockbuster trade that brought star forward Phil Kessel to Pittsburgh.

Training camp for the Penguins is scheduled to take place at PPG Paints Arena, but it will be without Kapanen for now.

Report: NHL making plans to move Canadian teams to the U.S. for 2021 season

Beloved veteran Brian Boyle plans return to the NHL!
Subscibe to
Our NEWSLETTER
Receive the best articles of the web directly in your email