NHL News : Kadri shares some of the hateful messages he received in the wake of Avs playoff loss

Just some absolute idiots out there. 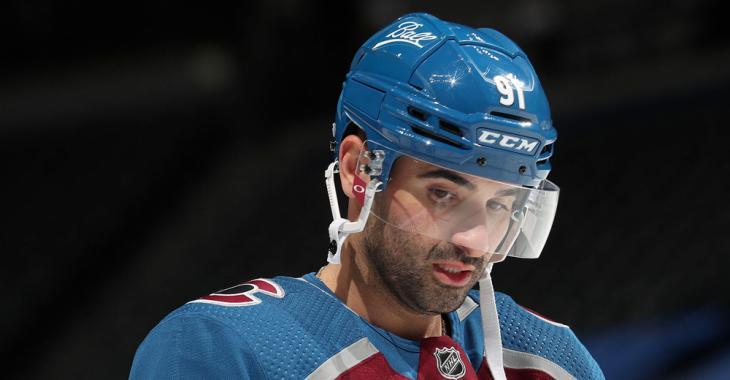 Kadri shared some of the Instagram messages he has received in the wake of the Avs' playoff elimination to shed light on the pervasiveness of racism, hate and Islamophobia within the hockey fandom community.

“These racist comments.. are disgusting. Just wanted to share a few of them with you but this happens regularly for [Kadri]. This is Islamophobia. This has to stop."

Followed by this image:

Number one is obviously just... WTF. Like, why would you ever think it would ever be okay to talk to someone like that? Is this just a case of some idiot being tough behind his computer/phone screen? Likely. I mean, I don't think any of these imbeciles are talking like this to Kadri's face. If they did they'd get their eyes pumped shut pretty quickly. They'd likely wet their pants just being in Kadri's presence, to be honest.

Secondly, do these idiots actually feel this way or are they just trying to be "edgy"? It's 2021, guys. Nobody is impressed by your blatant ignorance and racism. It's neither cool nor funny and it only serves to show the entire world just how small of a bird brain you have. Because the thing is, there's so, so, sooooo much ammunition to come at Kadri with if you really wanted to rattle his cage. The guy can't even play a full 60 minute playoff game without getting tossed for a multi-game suspension, that might be a good place to start. His team flamed out of the playoffs and failed to meet expectations yet again. There's another good avenue. But instead, you go for his race and his culture? Lazy.

The hate comes less than a week after Kadri, one of the few NHL players of Muslim faith and just the second player in league history of Lebanese descent, offered support to the family that was tragically killed by the hateful attack in his hometown of London, Ont. Suffice it to say that this isn't a man who is running away from his culture because of a few idiots online.

After Crosby, another Penguin moves to the NHL’s protocol list right before the game
Subscibe to
Our NEWSLETTER
Receive the best articles of the web directly in your email