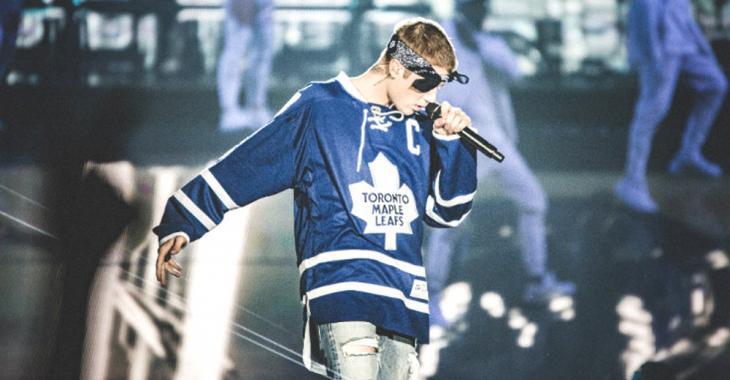 The collaboration of 2021 is here: Justin Bieber ft. AM34, Riels, Mitchy and Freddy.

Bieber, the Stratford, Ont. born pop superstar, released his new single and music video today and... well it's a straight up love letter to his favourite team: The Toronto Maple Leafs. Literally... the song is called “Hold On (Maple Leafs Love Letter)”.

I've gotta say... I'm by no means a pop music fan, but this is great. Sure the music isn't to my taste, but just by virtue of the fact that millions upon millions of non-hockey fans will now be introduced to the sport, this is fantastic. Can't wait for the Taylor Swift and Nashville Predators collab next...

“Biebs is a very special person, and an incredibly talented artist,” said Leafs defenceman Morgan Rielly when asked about his buddy. “He’s eager to work with the team and spend time around the guys. I think that’s a pretty cool opportunity. We’re very fortunate to play for this organization, and I guess that’s just one of those things that kind of comes with it.”

“It’s cool,” said Leafs goalie Frederik Andersen about Bieber's new song. “Obviously Auston’s relationship with him is pretty tight, so it’s fun to have a musical talent like him be a big fan of us. And I think likewise, a lot of us appreciate his music.”

Flyers planning big moves, linked to Seth Jones and Dougie Hamilton in reports
Subscibe to
Our NEWSLETTER
Receive the best articles of the web directly in your email