The 2 time Stanley Cup champion and son of former NHL coach Ted Nolan gets his foot back in the door. 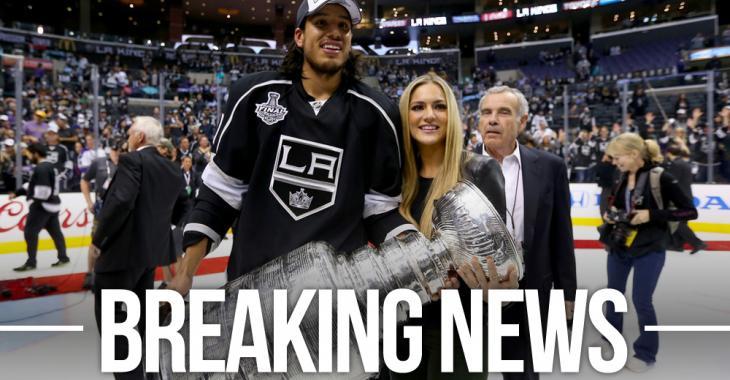 This just in from NHL insider David Pagnotta of The Fourth Period: The Pittsburgh Penguins have signed free agent forward Jordan Nolan to a professional tryout (PTO) contract.

Nolan played the entire 2019-20 season in the AHL with the San Antonio Rampage and actually signed an AHL contract with the Penguins organization earlier this month. By inking him to a PTO, the Pens are essentially giving him a shot of earning a spot back in the NHL. The 31 year old two time Stanley Cup champion last played in the NHL with the St. Louis Blues during the 2018-19 season, putting up two points and 14 penalty minutes in 14 games. His most productive seasons came from his time with the Los Angeles Kings, with whom he won two Cup rings in 2012 and 2014. Nolan was also part of the Blues organization when they won the Stanley Cup in 2019, but he didn't play enough NHL games to qualify for the league's rules regarding who gets their name on the Cup.

The 6 foot, 3 inch, 235 pound checking forward has 24 goals and 52 points in 375 career NHL games split between the Kings, the Buffalo Sabres and the Blues.