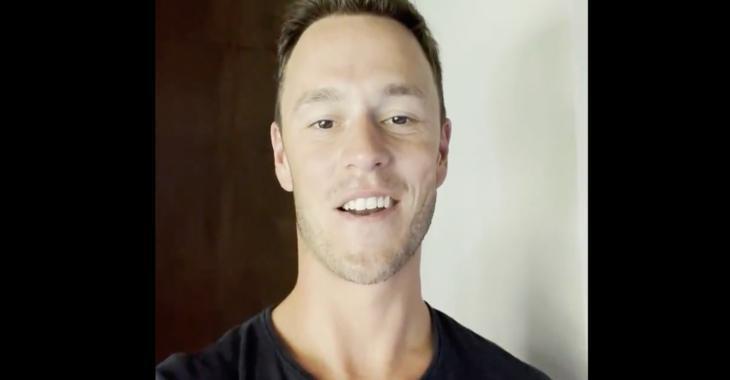 We have been without any news from Chicago Blackhawks captain Jonathan Toews ever since he said he had been “experiencing symptoms that have left me feeling drained and lethargic” back in December.

While we still have no clue what is preventing Toews from playing this season, this health issue was not going to stop him from sending a great video message to his friend and teammate Patrick Kane, who’s skating in his 1000th game tonight, in a game against the Dallas Stars.

This is Toews’ first public “appearance” since last season. He wishes he could be there with Kaner to celebrate this milestone.

Ever since this controversy arose, the Hawks and hockey insiders have been trying to communicate more updates on Toews’ condition and recovery, however, it remains confusing and vague. Fans don’t know nothing about Toews and finally on Friday, Rick Morrissey of the Chicago Sun-Times said what’s been on everyone’s mind: “No, we don’t have a right to know what’s wrong with Jonathan Toews. But …”

In his article, Morrissey is very respectful of Toews’ privacy and the fact that he wouldn’t want people to be intrusive on his personal life. However, he played devil’s advocate and explains why fans want to know how worried they should be and where to direct their worry.

While we still don’t know what’s wrong with him, it sure is great to see Toews.