​Come on, the guy is dealing with a serious medical issue! At least most fans are supportive. 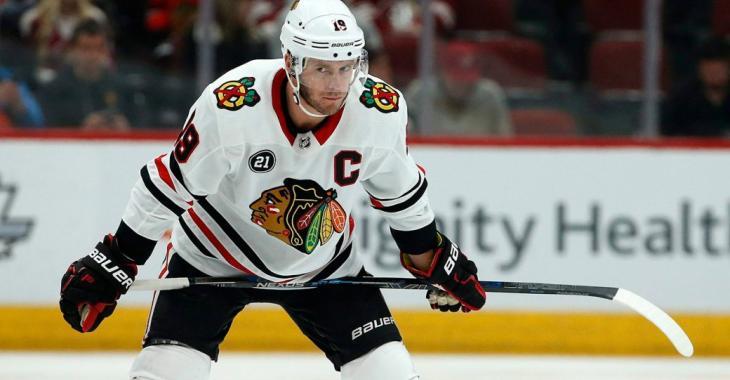 Extremely scary news came out on Tuesday when Chicago Blackhawks captain Jonathan Toews announced that he will not report to training camp and is out indefinitely due to a medical issue. There is no timetable for his return.

“This offseason, I’ve been experiencing symptoms that have left me feeling drained and lethargic. I am working with doctors so I can better understand my condition,” Toews said.

“Until I can get my health back to a place where I feel I can perform at an elite level and help my team, I will not be joining the Blackhawks for training camp. I do not have a timetable for when I will rejoin the team. I am extremely disappointed, but it wouldn’t be fair to myself or my teammates to attempt to play in my current condition.”

This is a terrible blow to the Hawks, sure, as their center depth will be put to the test early, with Toews out on top of top prospect  Kirby Dach, who will miss the first four-to-five months after undergoing wrist surgery.

But the news is terrible for Toews and his loved one. We cannot imagine how scary it would be to deal with an unknown illness that is affecting your everyday life.

On social media, many fans took the time to wish Toews well, while others focused on trying to give him a diagnosis. Let the doctors do their work. We can only give him good energy and thoughts to feel better.

Other folks acted way worse, telling the talented forward to get over himself, stop whining and making him feel terrible for “abandoning his teammates.”

When will these people realize health is more important than hockey? We bet they are the some folks that were brutal with Boston Bruins goalie Tuukka Rask when he left the Toronto Bubble this summer to be with his sick daughter. Some of the comments on social media are just brutal, unfair and stupid.

Let’s do better than these people and think of Toews and send him all the best thoughts for him to get better soon. Not to see him back on the ice - we would love to see that - but for now, let him get well so he can be with his loved ones and feel as best as possible.