Some conflicting information from the Blackhawks' captain has him under fire from the team's fans. 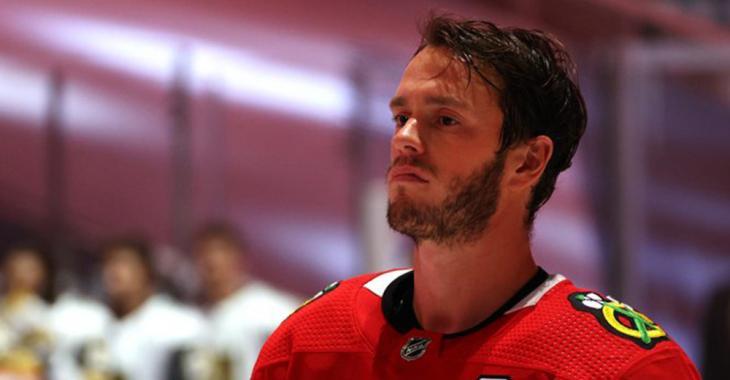 In case you missed it earlier this week Chicago Blackhawks captain Jonathan Toews broke his year long silence concerning his health and his NHL future in a video released on his social media channels.

Toews opened up and shared that he has been dealing with an illness called chronic immune response syndrome, which essentially prevents the body from recovering properly after illness, injury or fatigue.

"I just couldn't quite recover and my immune system was reacting to everything that I did," said Toews in the video. "Any kind of stress, anything that I would do throughout the day, it was always kind of a stress response," he continued. "So, took some time. That was the frustrating part, was not really knowing when or how we were gonna get over the hump. "

The good news is that Toews seems to have come through the other side of the illness in good health and is now preparing to play the 2021-22 NHL season for his team.

In a one on one interview with Blackhawks insider Mark Lazerus of The Athletic, Toews also opened up about the pending lawsuits against the team for their alleged involvement in aiding and abetting convicted sexual predator Brad Aldrich. In particular Toews took issue with one anonymous player who claimed that the entire 2010 Blackhawks team, which of course included Toews, was aware of Aldrich's crimes but chose to look the other way. Toews claims he didn't learn about matters until Aldrich had left the team and he wasn't clear if Aldrich was fired or had left the team on his own accord. In any case, it's clear that Toews takes issue with the assertion that "every guy on the team knew."

“I don’t know who the player (that talked to The Athletic) is, but it kind of annoyed me because it seemed like it fed the fire a little bit,” Toews said. “When that player commented that everybody on the team knew, that wasn’t true. As far as I know, some guys may have caught whispers of it and some guys were clueless until the next year. I don’t think that was an accurate statement.”

Toews said he couldn’t comment much beyond that, offering sympathy for the players who were allegedly assaulted, calling it a “tough situation” and saying he couldn’t say for sure “if the team mishandled it.”

I've got to say... Toews is in a tough spot here. I mean, what's he supposed to say? I'm inclined to believe him when he says that he had no clue, but as the team's captain it's your responsibility to know everything that can impact your team's performance. I don't think it's fair for him to say that he's "not sure" if the team mishandled the situation or not. It's pretty clear that this entire nightmare could have been avoided if someone with some guts did the right thing and called the authorities for a proper investigation over a decade ago.

Report: Update in the pathetic three game suspension handed out for disgusting racial act
Subscibe to
Our NEWSLETTER
Receive the best articles of the web directly in your email