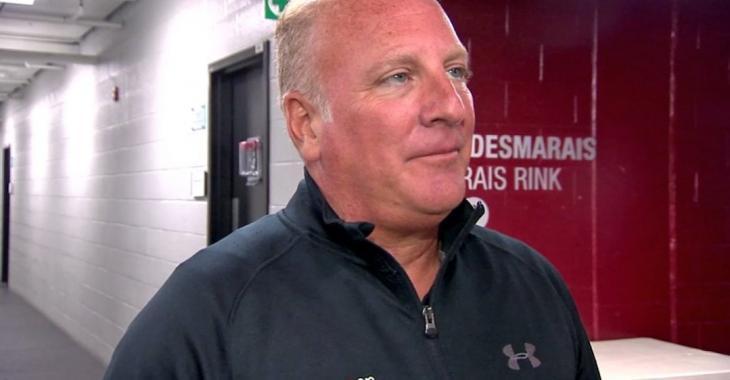 There’s been a lot of chatter about Jonathan Drouin for the past several months. He missed the entire Montreal Canadien’s run to the Stanley Cup final, which they ended up losing in five games to the Lightning in Tampa Bay. Back in late April, the Canadiens announced that Drouin would take an indefinite leave of absence from the team for personal reasons. Then-teammate Phillip Danault, also a French-speaking player from the province of Quebec, had opened up about what might be hurting Drouin and how serious this is, speaking about bullying and mental health issues.

At the end of August, Drouin held his annual golf tournament and told RDS’ Pierre Houde that he was seriously ready to play centre in Montreal this upcoming season. It didn’t take long for RDS to jump on the opportunity to have Drouin for a one-on-one interview with Chantal Machabee and then with TVA Sports’ Renaud Lavoie, however, in a surprising turn of events, Drouin pulled the plug and canceled all of his TV interviews coming up ahead of training camp.

This prompted reporter David Ettedgui to make the report that Drouin will not be in the Canadiens’ lineup for the start of the upcoming season, and this was the last draw for his agent Allan Walsh.

Walsh called out and destroyed Ettedgui on social media with a blunt answer to his rumours:

“You’re an absolute disgrace to be spreading bullshit rumors about Jonathan Drouin on radio and Twitter.  You claim to be an agent? You’re the enemy of players.”

Wow! Shots fired! Let's hope it does not get in the way of Drouin's mental health recovery.

Canucks on Hamonic: “It's bigger than what you think. We're working with him to get him the help he needs.”
Subscibe to
Our NEWSLETTER
Receive the best articles of the web directly in your email