What kind of message did he shared to the boys and how will it impact the next round? 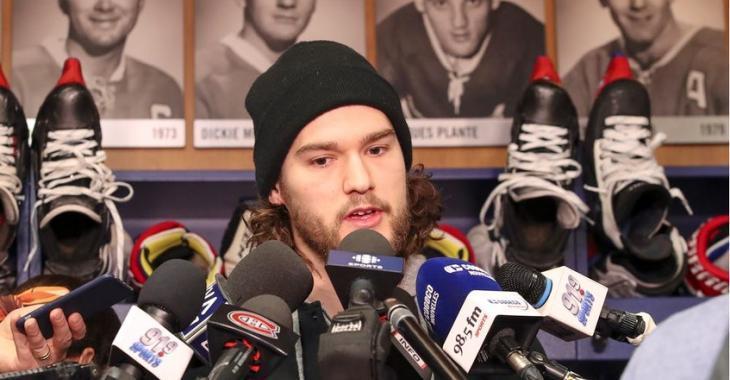 At the end of April, the Montreal Canadiens announced that forward Jonathan Drouin would take an indefinite leave of absence from the team for personal reasons. Later on, it was confirmed that the forward would not return for the postseason and the situation remains the same now that the Habs have moved on to the semi-finals to face the Vegas Golden Knights.

There was chatter that Drouin’s mental health needed a break from all of the pressure that has been placed on his shoulders in Montreal.  Drouin has not played since April 21st against the Edmonton Oilers. During warm-ups of the next game, he was seen speaking with team trainers and did not return to take part in the contest. He then missed Montreal’s next three games dealing with a “non-COVID illness.” He reportedly spent all of this time, alone, in his hotel room and is now dealing with his situation away from the Canadiens, who support him and respect his privacy.

However, on Thursday, it was reported that Drouin contacted his teammates and has been doing so since the start of the postseason. Habs head coach Dominique Ducharme did not reveal more on Drouin’s condition, but did say the team was thinking about him and that he was still part of the Canadiens’ family.

We can only imagine that Drouin’s encouragements have motivated the team since the start of the playoffs. This could be an additional boost in the dressing room for the Habs.

In 44 games this season, Drouin scored two goals and added 21 assists. During the regular calendar, he was asked by a reporter how he felt about his lack of goals this year, and answered with frustration that there was another important column to his stat sheet, pointing out his 21 assists.

Huge pressure gets added on Carter Hart’s shoulders!
Subscibe to
Our NEWSLETTER
Receive the best articles of the web directly in your email