What’s next for the Habs’ player who took a long personal absence last season? 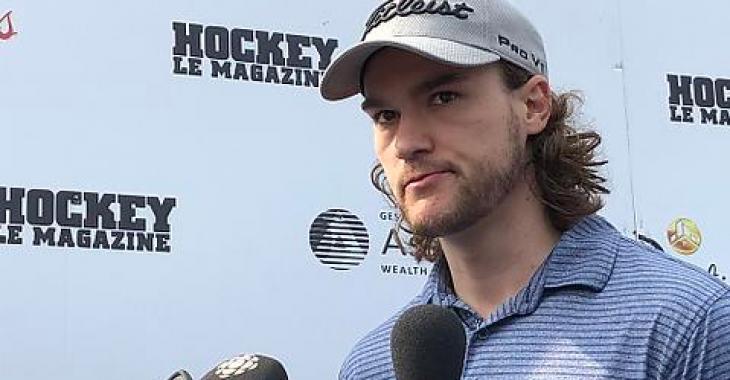 Jonathan Drouin missed the entire Montreal Canadien’s run to the Stanley Cup final, which they ended up losing in five games to the Lightning in Tampa Bay. When meeting with reporters at the end of the season, GM Marc Bergevin offered an update on Drouin’s situation, stating that the forward was doing much better.

Back in late April, the Canadiens announced that Drouin would take an indefinite leave of absence from the team for personal reasons. Teammates, including Phillip Danault, also a French-speaking player from the province of Quebec, had opened up about what might be hurting Drouin and how serious this is, speaking about bullying and mental health issues.

But then over the offseason, it was said that Drouin was indeed doing much better and even took pictures with fans that showed him looking healthy.

On Tuesday, Drouin held his annual golf tournament and told RDS’ Pierre Houde that he was seriously ready to play centre in Montreal this upcoming season.

His agent Allan Walsh also shared news on Tuesday during the tournament saying how proud he was to “be working with Jo, who cares so much about his community and has always given back from his first days as a member of the Habs.”

Nothing official has been said on the Canadiens’ side to announce Drouin’s return so we will keep an eye on this, especially closer to training camp.

We only hope that the Habs make the best decision for Drouin’s mental and keep hoping he is healthy and happy.