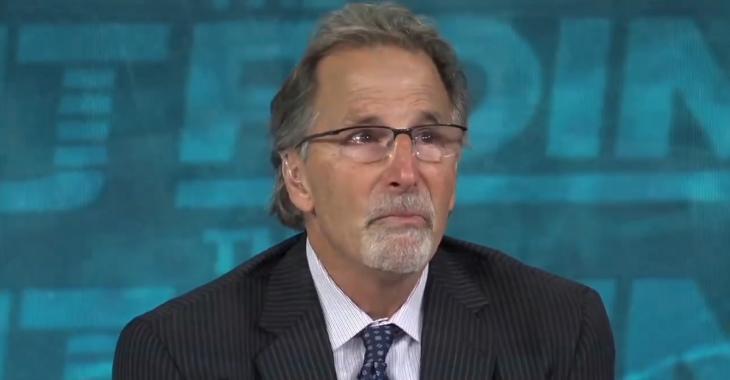 There are stories in the world of hockey that come and go with the news cycle, stories that tend to be quickly forgotten, but one story that won't be going away any time soon is the one surrounding the tragic passing of young Matiss Kivlenieks.

The Columbus Blue Jackets rookie goaltender was killed in a fireworks accident during the 4th of July weekend of this year, just weeks before he was set to finally get his big break into the National Hockey League. The sudden and unexpected passing of Kivlenieks has left several members of the Blue Jackets family devastated, just recently former NHL goaltender Manny Legace expressed his grief in an interview during an NHL broadcast, and among those hit hard by Kivlenieks' death is former Blue Jackets head coach John Tortorella.

Tortorella was recently asked to share his thoughts on the young goaltender and it became clear very quickly that the long time NHL head coach was still reeling. The normally fiery Tortorella was extremely subdued when making his comments about Kivlenieks, struggling to get the words out as he choked back tears. Much to his credit Tortorella's concerns were not focused on hockey or even the start of Kivlenieks' career in the NHL, but rather on the tragic loss of life that had occurred at such a young age.

When most of us who follow the NHL think of John Tortorella the first thing that is likely to come to mind is his hot headed disposition and his combative nature with both players and the media. That fiery disposition however comes from a place of passion and it has become clear, especially in recent years, that the passion inside of John Tortorella works both ways. Much in the same way that Tortorella wears his heart on his sleeve behind the bench, and I believe he is doing the same here in showing genuine grief at the loss of the young Latvian.

Don Sweeney and the Bruins claim a former Habs first round draft pick.
Subscibe to
Our NEWSLETTER
Receive the best articles of the web directly in your email