NHL News : John Tavares has lost his job in Toronto, according to TSN analyst

He has many good points, you have to admit. 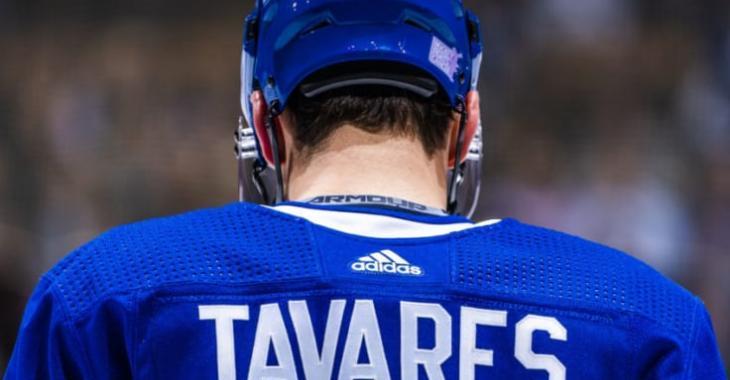 Slow start does not begin to explain it for Toronto Maple Leafs captain John Tavares. The veteran forward has not produced as much as he did in the past seasons, especially when it comes to playing five on five. The 30-year-old, who led the league in 5-on-5 goals two seasons ago, remains stuck on just one for the season.

This prompted TSN’s Craig Button to make this significant statement : “John Tavares is not an elite point producer anymore, he’s not going to get those opportunities anymore.”

The analyst went on to say that “he’s still valuable and still a good player, just needs to find different ways to perform, he and other people have to accept where he’s at.”

However, we bet you’re thinking like this too: another 4 years at $11M average annual value, you better be a damn elite point producer!

We do not doubt that Tavares is a great leader and can help the Maple Leafs in more ways than just scoring. However, for his price tag, you expect goals, and not just with a man more on the ice. You want him to perform at all times.

With teammates Auston Matthews and Mitch Marner, sure, you can have a few nights off your game. However, Tavares is expected and paid to put up some points and according to Button, he’s lost his job for now in Toronto.

Let’s hope he gets motivated by Button’s statements and racks up some points in the coming game.

No one likes to be called out this way.