NHL News : John Davidson makes official statement after getting fired from the Rangers

Wow! We’re impressed with the level of class! 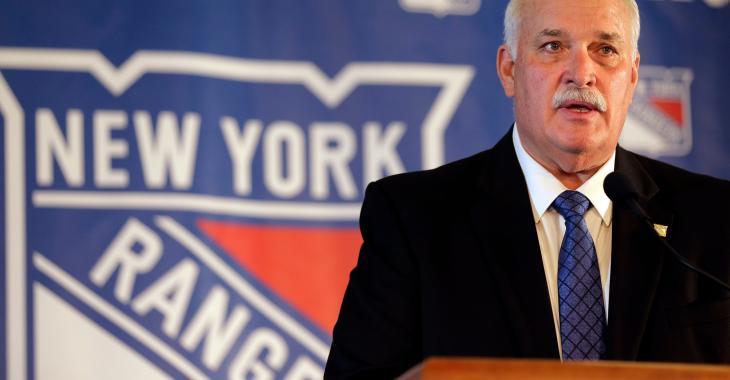 It’s been a couple of days since the shocking news that New York Rangers owner James Dolan unceremoniously fired president John Davidson and GM Jeff Gorton and finally we get to hear from one of them.

On Friday, Davidson made his official statement on what took place in New York and his time as president of the Blue Shirts.

“”I am very proud of the work we have done and believe this team’s future is very bright.

“I first came to New York as a 22 year-old and it has been in my blood ever since,” he said “Most of all I want to thank you, the fans.”

The man is just classy and we are impressed that he was able to put together a powerful statement. We believe there’s no doubt that Davidson will get another job in the NHL. In his latest column for The Athletic, Columbus Blue Jackets insider Aaron Portzline reports that there appears to be a perfect fit for Davidson back in Columbus, the team he was president of from 2012 until 2019 when he left to join the Rangers front office.

The firing of both Davidson and Gorton took place just one day after the Rangers surprised everyone as they put out a statement on the NHL’s decision following Monday’s incidents in the game against the Washington Capitals. On Monday night, the chaotic scene that took place between the Capitals and Rangers was not as bad as what happened the next morning which resulted in Capitals’ forward Tom Wilson only getting a $5,000 for punching Rangers forward Pavel Buchnevich in the back of the head while he was facedown on the ice, while also throwing star Artemi Panarin to the ice in the ensuing scrum. The Rangers demanded that the NHL fire the head of the NHL’s Department of Player Safety George Parros, who failed to suspend indefinitely a repeat offender like Wilson.

TSN’s Frank Seravalli pointed out at the time that sources claim that Davidson and Gorton “scurried to distance themselves from the team statement that was issued on Tuesday night, telling other executives that they did not know it was in the works until after it was released.”

We can’t stop applauding the class of Davidson after his controversial dismissal from the Blue Shirts.