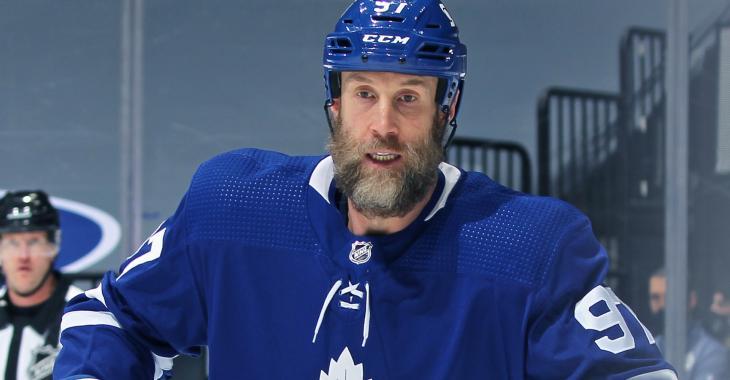 We knew that Joe Thornton was getting closer and closer to making his eventual return to the Toronto Maple Leafs line up, head coach Sheldon Keefe hinted that he was on the right track ahead of Saturday's game against the Montreal Canadiens, and on Sunday the Leafs got their first bit of good news since his injury.

Thornton was spotted on the ice at practice on Sunday, rejoining the team right where he left off, alongside forwards Auston Matthews and Mitch Marner. It was a tremendous positive for the Leafs who had lost Thornton in the month of January to a rib injury, one that has already kept him out of the lineup for 10 games in this shortened NHL season. This was of course an indication that Thornton was getting even closer to his inevitable return, but it wasn't until Thornton himself provided the update that we had all the details.

The Leafs will play the first of what will be 3 straight games against their provincial rivals the Ottawa Senators on Monday, with the following games coming on Wednesday and Thursday of this week. It's a pretty tightly packed schedule this week for the Leafs who will also play the Montreal Canadiens on Saturday, so the timing of Thornton's return to the lineup could not have come at a better time.

Prior to being injured Thornton had appeared in 5 games for the Leafs, recording 1 goal and 1 assist for 2 total points on the season and a plus minus rating of -1.