Have we seen the last of Jumbo Joe? 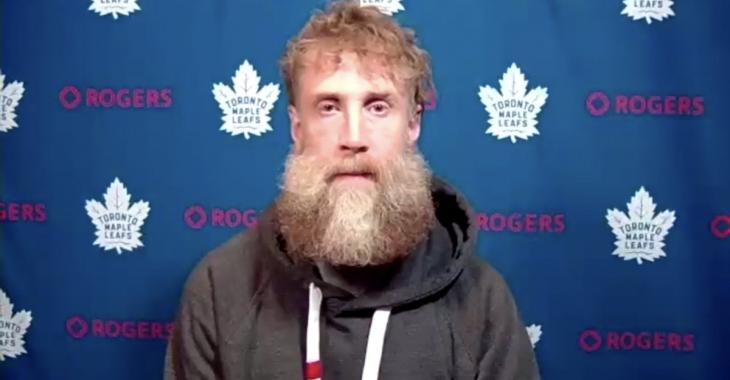 Joe Thornton wanted so much more for his 24th season in the National Hockey League. But it was taken away by the Montreal Canadiens, who eliminated the Toronto Maple Leafs from the postseason on Monday.

The sad thing is that he, Jason Spezza and Wayne Simmonds, truly believe they were on the right roster, the one that would hoist the Stanley Cup this summer. And then came another Game 7 collapse, the dressing room cleanup, the dream - dead.

When asked about his future in the NHL and if he would return for another season, Thornton made a first official statement on where he stands and what he needs to do to come to a decision.

“This came to suddenly, I really haven’t had time to think about it. I have to be a dad for a little bit here. I feel really healthy, really good. We’ll see. I haven’t made any decision. I feel really good, but I have to take some time and be a dad.”

Thornton also added that he needs to speak with his family about what comes next and if it is the right call to pursue his long career. The veteran forward joined the club last off-season on a one-year contract.

But it was easy to feel the energy and love Jumbo Joe still has for the game and how he would probably love another crack at it.

His children are his biggest fans are we bet they will support all of the other ones would love to see him back on NHL ice.

As for other veteran players like Jason Spezza and Wayne Simmonds aren’t sure what the future will bring in Toronto or on the free-agency market. Spezza voiced his wish to remain a Maple Leaf and Simmonds indicated he would like to stay in Toronto, as well, but upcoming conversations with GM Kyle Dubas will get us these answers this summer.

We finally know how the Lightning broke the Stanley Cup!
Subscibe to
Our NEWSLETTER
Receive the best articles of the web directly in your email