NHL News : Jimmy Vesey takes a shot at Leafs in first interview as a Canuck

He was placed on waivers by Toronto and claimed by Vancouver. 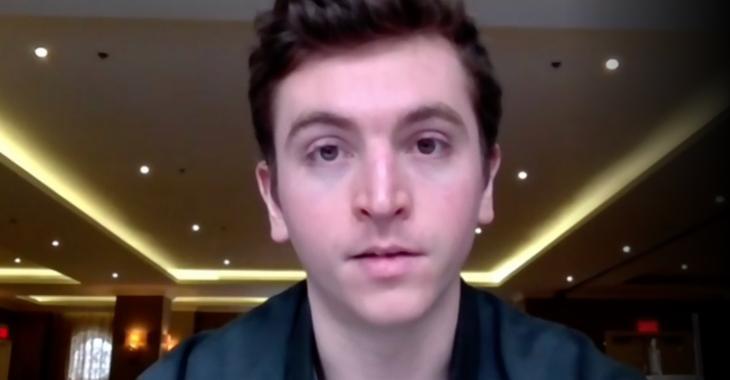 On Thursday, the Vancouver Canucks claimed forward Jimmy Vesey from the Toronto Maple Leafs. The 27-year-old wanted to join his new team as soon as possible and drove more than four hours to get to Ottawa in time for the evening’s game, but couldn’t play because of his visa.

However, it was clear that Vesey, who still took part in the pregame warmups, is already devoted to his new team.

Maybe that’s why it was easy to take a shot at the Maple Leafs in his first interview as a Canucks.

“I’m looking forward to playing more hopefully,” Vesey said right off the bat when asked about his chance to do so in Vancouver.

Vesey suited up for 30 games with the Leafs this season, but averaged close to 11 minutes of ice time per contest, the lowest ATOI of his career.

He went on blaming his spot in the lineup for his lack of offence in Toronto, but tried to soften things up by complimenting the full roster.

“This year, I think I just played a little up the lineup at the start of the year, but mostly was down the lineup and - Toronto has a lot of talent and a lot of depth and - it was competitive roster and so… I’m looking forward to this opportunity."

Vesey signed a one-year deal with the Maple Leafs worth $900,000 in October. He struggled to hit his stride, however, tallying five goals and seven points through 30 games this season. On Tuesday, general manager Kyle Dubas explained that Vesey was placed on the waiver wire to increase roster flexibility.

Let’s see how Vesey does in Vancouver and if Dubas will regret moving him to waivers or… if Vesey will regret these words.