A lot of action on the wire on Wednesday. 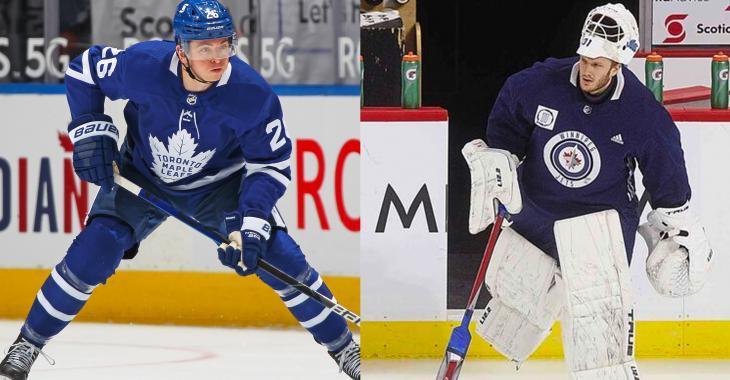 On Tuesday, four names appeared on the waiver wire as the Toronto Maple Leafs placed forward Jimmy Vesey on waivers, while the Montreal Canadiens did the same with veteran Paul Byron. In Winnipeg, the Jets placed goalie Anton Forsberg on the wire, while the Columbus Blue Jackets placed Mikhail Grigorenko on it.

And then two of them were claimed on Wednesday. Vesey is now part of the Vancouver Canucks, while Forsberg, who is claimed for the third time in this short season, is now an Ottawa Senators.

Both Byron and Grigorenko cleared waivers, while another name is added today with the Colorado Avalanche placing Daniel Renouf on waivers.

At the start of the month, Leafs’ Vesey was doing quite well, probably feeling the pressure of forward Alex Galchenyuk, acquired by Toronto in February, breathing down his neck. He failed to record a point at his last four games and the Maple Leafs were probably looking to get someone else up from the taxi squad. On Tuesday, general manager Kyle Dubas explained that Vesey was placed on the waiver wire to increase roster flexibility. And now they’ve lost him.

As for the goalie, he kicked off the campaign as an Edmonton Oiler, was waived and claimed by the Carolina Hurricanes, who then waived him again as he ended up in Winnipeg. He is now headed to Ottawa. He will have to quarantine for seven days and have four negative COVID-19 tests.