NHL News : Jim Rutherford to take over in Buffalo?!

Sportsnet’s Elliotte Friedman explains how the former Penguins GM could be the hero : 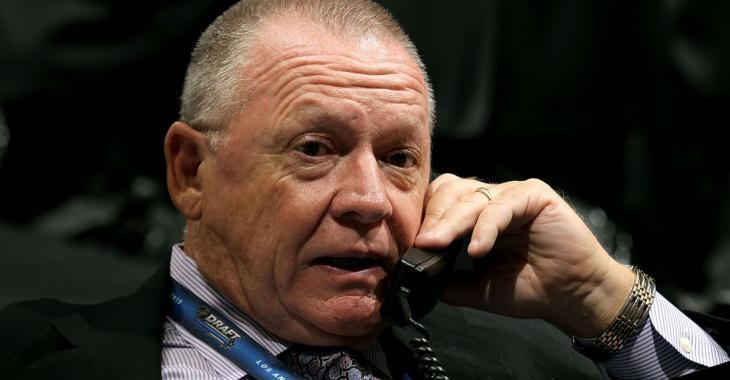 Last week, Buffalo Sabres general manager Kevyn Adams held a rare press conference in which he didn’t mince his words about his team’s recent performance. Off the bat, Adams stated that the Sabres’ performance was unacceptable and refused to give coach Ralph Krueger his vote of confidence. He stated that he is looking at all possible moves and coaching is amongst the decisions, he and only he will make.

Adams went on to say that he is browsing the trade market looking at potential move who could boost the team. He didn’t want to invest in a full rebuild, but is looking at what can be done in a challenging shortened season with a flattened salary cap.

“I’ve been empowered by (ownership) to fix this, and that’s what I’m going to do,” he said.

However, fans are starting to wonder if he is the right man in charge to take over such a messy situation. This prompted Sportsnet’s Elliotte Friedman to suggest that the Sabres ask the help of former Pittsburgh Penguins general manager Jim Rutherford, who quit his job earlier this season for personal reasons.

“Adams played in Carolina under Jim Rutherford. Could Rutherford be a hire here, even if the title was special assistant to the GM or consultant for the rest of 2020-21? The moves the Sabres are about to make will have long-term ramifications. Never hurts to have another opinion.”

This could be a great solution for Adams, who has no experience - besides this madness in Buffalo - and could benefit from a veteran look.

Rutherford would most likely give Adams the courage to make blockbuster trade to rebuild a champion club.

Report: Canucks desperately trying to make a trade, talking to every team in the NHL
Subscibe to
Our NEWSLETTER
Receive the best articles of the web directly in your email