NHL News : Jim Benning has reportedly botched another important signing for the Canucks

How does this guy still have a job!? 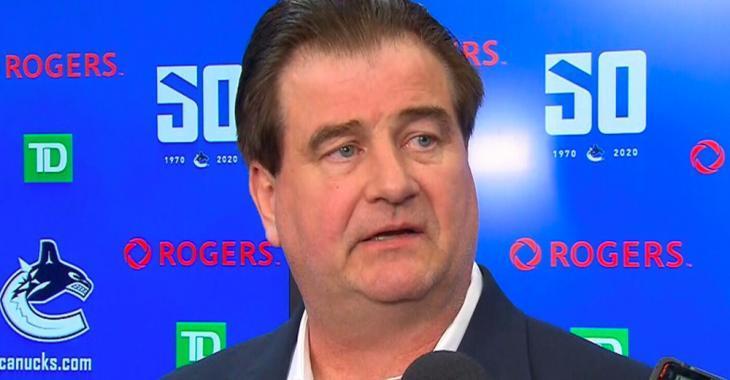 If I'm Vancouver Canucks GM Jim Benning, I'm watching my back while walking in downtown Vancouver these days.

The embattled Canucks GM has taken the slings and arrows from fans and media analysts alike the past few seasons for his lack of forethought in planning and executing personnel moves. You may recall that he claimed he "ran out of time" to sign Canucks free agents Tyler Toffoli, Jacob Markstrom and Chris Tanev this past offseason, losing all three players to North Division rivals. It was a lame excuse that has no real basis in reality and well... Canucks fans are fed up.

In fact, they're so fed up that a group of passionate Canucks fans crowdfunded to have a plane fly a #FIREBENNING banner over downtown Vancouver and the team's home rink Rogers Arena.

Well, sharpen your swords once more Canucks fans because team insider Jeff Paterson reports that Benning has once again run out of time when it comes to contract negotiations with head coach Travis Green.

No surprises here, right? This is literally the same thing Benning did with his big free agents last season. This time around though his big free agents just happen to be his coaching staff. This is Green's fourth season with the Canucks and his eighth season with the organization. He has helped develop some of the team's best young talents in Elias Pettersson, Quinn Hughes, Brock Boeser, Thatcher Demko and Bo Horvat and now Jim Benning is going to let him walk away for nothing because.... because he ran out of time? C'mon Jim... go buy a calendar or something, buddy. This is getting ridiculous at this point... you have to feel for Canucks fans.