All roads lead to Winnipeg for Eric Comrie. 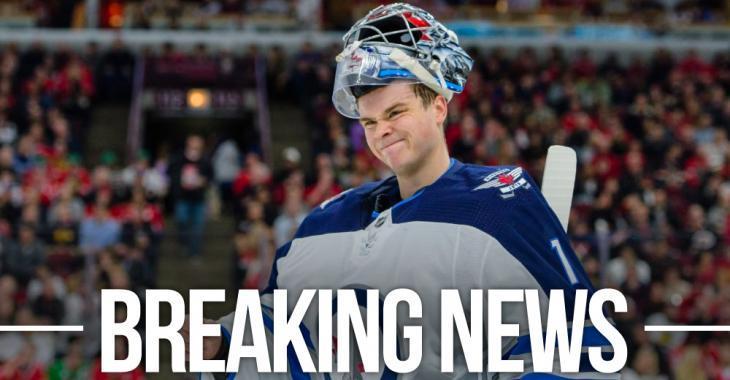 This just in, the Winnipeg Jets have claimed goaltender Eric Comrie off of waivers from the New Jersey Devils.

Comrie, of course, was claimed off of waivers by the Devils from the Jets earlier this season. He played just one game with the Devils and found himself on waivers once again after the Devils put in a claim on the Toronto Maple Leafs' Aaron Dell.

Comrie, a 25 year old Edmonton native, has bounced around the past few seasons suiting up for the Devils, Jets, Detroit Red Wings and Arizona Coyotes organizations but somehow always finds his way back to Winnipeg. He was selected by the Jets in the 2nd round (59th overall) of the 2013 NHL Entry Draft.