NHL News : Jeff Skinner and agent meet with Sabres GM Kevyn Adams after being made a healthy scratch yet again

$9 million a season to watch from the press box and practice with the taxi squad. Yikes... 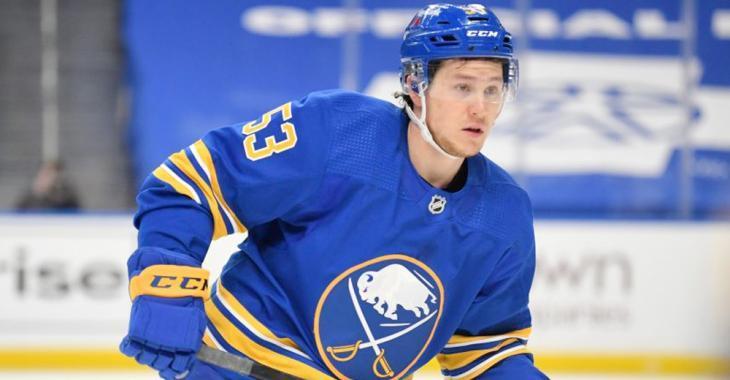 Until time travel becomes a viable possibility though, the Sabres are stuck in their current situation and that includes paying Skinner $9 million per season to watch the game from the press box and practice with their taxi squad. Head coach Ralph Kreuger confirmed today that indeed Skinner will be a healthy scratch for tonight's game against the New Jersey Devils, making it the third consecutive game that he's not suited up. Ouch.

Skinner’s agent, Don Meehan, told The Buffalo News on Thursday morning that he had a lengthy conversation with Sabres General Manager Kevyn Adams on Wednesday in which Meehan expressed his and Skinner’s concerns. Meehan declined to reveal what was discussed on the call.

To his credit, Kreuger says that if Skinner had played up to expectations then things would have never gotten to this point.

“Number one, I don’t have a doghouse – I don’t know, really, what that is,” said Krueger when asked about his decision to scratch Skinner yet again. "Every decision is made for the whole, for the group and the mix of our 12 forwards is as complex as it’s ever been because of the taxi squad," he continued. The way the 12 forwards evolved together the last two games, it’s been for what we feel is best for the group on this given day. Again, my job, combined with the attitude and the work ethic of a player, is to work together to find the potential of the player. May this eventually, when Jeff is called upon again, may we drive him closer to his potential working together on that solution. I would say right now the decisions are more for the players that are in the lineup than against anybody else.”

With all the talk about captain Jack Eichel wanting out and with rumors swirling around pending free agent Taylor Hall as well, this is the last thing this Sabres team needed. What a mess in Buffalo.