Red Wings fans could see an exciting part of the team's future sooner than expected. 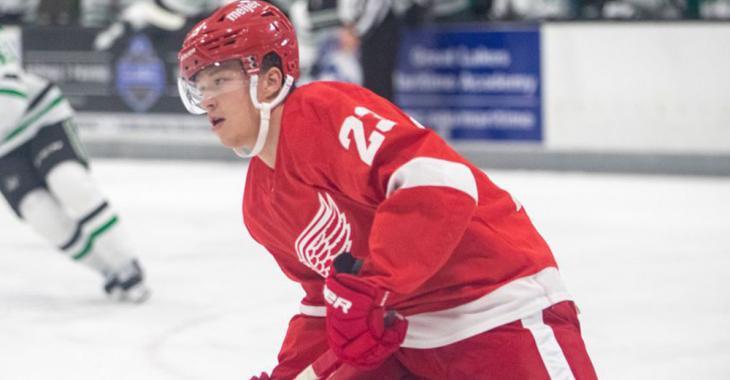 With another season of Detroit Red Wings hockey right around the corner, general manager Steve Yzerman and company continue to put the finishing touches on the roster that will be hitting the ice on October 14 against the Tampa Bay Lightning for the home opening game at Little Caesars Arena.

And if head coach Jeff Blashill's comments are any indication, Red Wings fans are in for an exciting ride.

Detroit's bench boss, who is entering his 7th season as head coach, explained to media members today that highly touted Swedish forward Lucas Raymond has a chance to make the final 23-man roster. Additionally, he stated that veteran forward Bobby Ryan, who is attempting to win a second year in the Motor City on a professional tryout, also could be included.

"If you play great hockey, you don't get denied," he said.

With his strong play for the Red Wings so far in exhibition play, Raymond is making a strong case to management. Should he continue making an impact, the team will have a decision to make in the near future - especially considering that the team has already lost one of their top offensive weapons in Jakub Vrana for the next four months following shoulder surgery.

Meanwhile, Ryan has also had a strong showing in exhibition play, having tallied a pair of goals while also playing a key role on the power play.