NHL News : Jaromir Jagr says he has “no choice” but to play for hometown team Kladno this season or the team will fold

The soon to be 50 year old prepares for his 34th season of pro hockey. 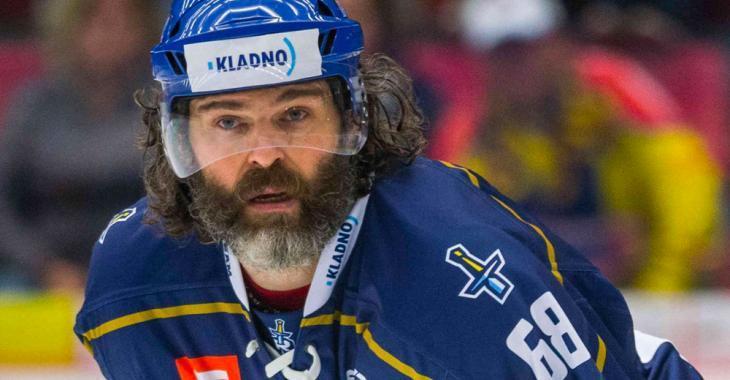 Soon to be 50 year old living legend will soon begin his 34th season of professional hockey, lacing up the skates for his hometown Kladno Knights once again. But this time around, things seem different. Jagr admits that maybe he doesn't have the fire he used to and that his body is beginning to fail him. In an interview with The Hockey News, Jagr says he has a responsibility to play for the team that he owns and that if he decided to retire that the team would likely fold. In other words, he HAS to keep playing in order for the team to stay afloat.

From The Hockey News:

"Do you know why I'm still playing?  have a responsibility to the club, otherwise I wouldn't fly here and I wouldn't be making a fool of myself. But if I quit, the partners and sponsors would leave and the club may be done. I have no choice. People don't understand it, but I don't care. Only God will judge me. I expect much more from myself, and I also believe that I have it in me."

"It's not easy anymore, believe me," Jagr said. "Because mostly during my career, I felt that if I wanted to score a goal, I would score. But suddenly, this doesn't work. ...

"At the same time, people still expect it from me, and that's probably the worst feeling, when people think I can but I know I can't. Plus, I can't even tell them. I just know that I will do my best to help the club. I don't know if anyone can understand my role. I don't even want to be in such a position, but I have no choice. As long as my father breathes, I take the club as my responsibility. He held it for 20 years. As a son, I would be embarrassed if I left."

Rumor: Major injury for the Flyers in training camp.

Zac Rinaldo takes a strong stance on vaccine mandates during political rally.
Subscibe to
Our NEWSLETTER
Receive the best articles of the web directly in your email