NHL News : Jarome Iginla reacts to interview in which Boston reporter had no idea who he was!

Gotta love how Iggy has been handling the video going viral. 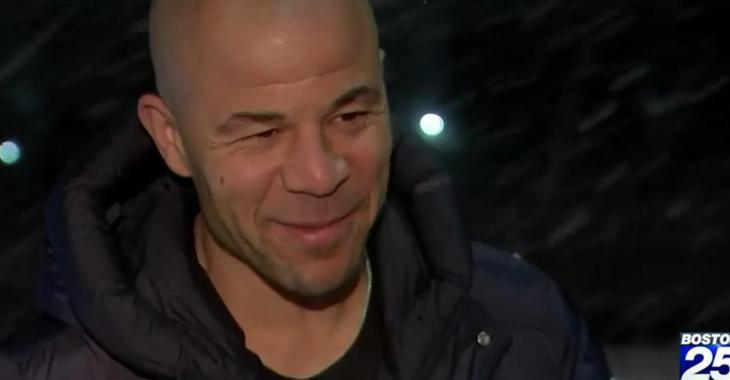 You have to have seen by now : over the weekend, some poor reporter interviewed former NHLer and legendary player Jarome Iginla as part of a broadcast for FOX25 Boston which was reporting on the snowstorm that struck the area Saturday. The reporter had stopped to speak with Iginla and apparently had no idea about his background in professional hockey. Instead of being singled out for his 650 goals, 700 assists and 1,600 games played over his long NHL career, Iginla simply became “an area man from Canada.”

“I like the snow, I like the winter, but not necessarily this,” he told Boston reporter Nicole Oliverio . “May be a little too much.”

During the interview, he admitted he was from north of the border and added he was “used to this growing up.”

“It’s not great, I’ll tell you, you get some tough stretches, but if you don’t go too fast it’s doable.”

The interview has since gone viral and Iggy joined OverDrive on TSN on Monday to talk about the embarrassing interview and how his family reacted to his appearance.

While no one was outraged by the fact that he went under the radar and was “an area man from Canada”, his friends were stunned by the way his head look, even suggesting he looked like a dolphin!

They gave him a pretty hard time, more than what we bet the poor reporter sustained, and Iggy spent most of his segment on OverDrive trying to convince friends and fans that the shape of his head has not changed since he retired from the NHL.

Check out the hilarious segment from the show, here below:

Iginla wasn’t the only one to have a good laugh about the strange encounter. Oliverio also commented on the footage on social media and had some fun with it. On Twitter, the weekend evening anchor with the station, said she didn't immediately recognize Iginla, who played a stint with the Boston Bruins.

"In my defence, it wasn't my interview!" Oliverio wrote. "I was anchoring though, and didn't pick up on it right away."

Tortorella tried to leave the Blue Jackets one year earlier.
Subscibe to
Our NEWSLETTER
Receive the best articles of the web directly in your email