NHL News : James Neal has been placed on waivers.

The Oilers put Neal on the waiver wire. 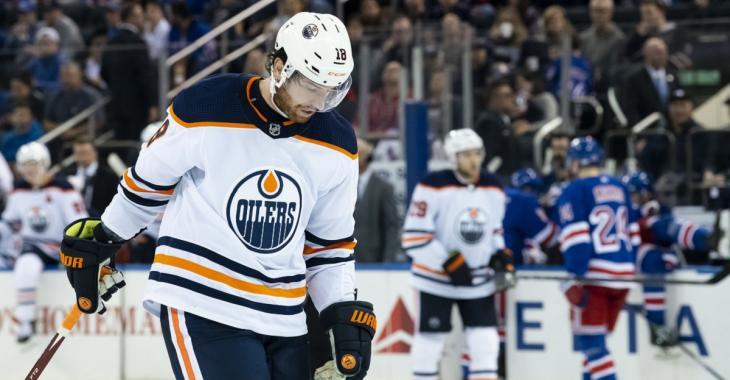 This has been a wild season in the National Hockey League and that continued on Saturday with a surprising move on the part of the Edmonton Oilers.

According to multiple reports, Edmonton Oilers forward James Neal is headed to the waiver wire where he will be eligible to be picked up by any team in the league that may want his services. This has to be something of a low point for the veteran winger and. although it is true that this abnormal NHL season has resulted in some bigger names hitting the waiver wire, it is still usually a signal that your team considers you to be somewhat expendable. Why else would they risk losing you to a waiver claim?

That may not be the case for Neal who has appeared in 9 games thus far this season for the Oilers. During that stretch of play Neal has recorded 2 goals and 1 assist for a combined total of 3 points and currently boasts a plus minus rating of -2 on the season, but the real problem for Neal comes in when you start talking about his contract. Neal not only carries a cap hit of $5.75 million per season, but he also has an additional 2 years remaining on that deal following this season. That is a monster price tag for a 33 year old forward that looks like a shell of the young man who once put up 40 goals in the NHL many moons ago.

It is for this reason that I believe Neal will go unclaimed by tomorrow at noon, after all why would you willing take on that contract for free when the Oilers would likely be willing to give up assets just to get it off their books? The Oilers are fully aware of this as well therefore, although they technically took a risk by placing Neal on waivers today, they know losing him is an extremely unlikely scenario.

With the likelihood of a team submitting a claim being very low, today's move from the Oilers seems instead designed to help squeeze out a little extra cap space for general manager Ken Holland. I suspect the Oilers will be calling someone up to the main roster off the back of this move, but we'll likely have to wait until Sunday to find out.