It looks like Virtanen could be headed to Russia. 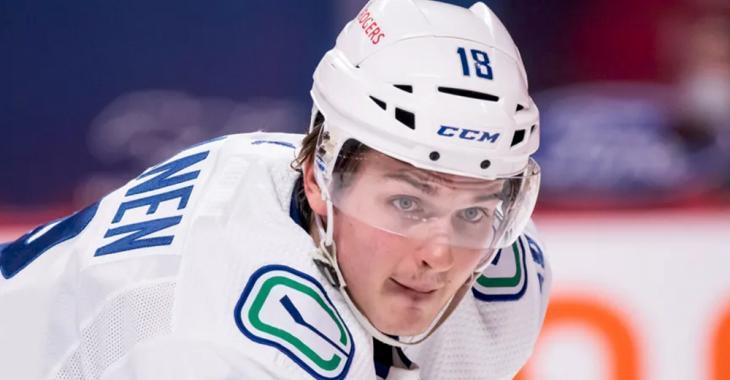 Vancouver Canucks fowrard Jake Virtanen was recently placed on unconditional waivers by the team for the purpose of buying out the final year of his contract; the move came on the heels of his being the subject of a lawsuit in which he was accused of sexually assaulting a women four years earlier.

And now, it looks like his professional hockey career could indeed continue, but not in the National Hockey League. In fact, not even in North America. According to multiple reports, Virtanen has allegedly been offered a contract by SKA St. Petersburg of the KHL in Russia. The reported deal is worth approximately 60 million rubles, or the equivalent of $816,000 USD.

Originally a 1st round draft pick of the Canucks in 2014, Virtanen scored five goals in 38 games last season, a far-cry from the prior season in which he scored a career-high 18 goals. He's appeared in 317 total NHL games, scoring 55 goals and 100 points.

Report: Oilers linked to two free agent defencemen
Subscibe to
Our NEWSLETTER
Receive the best articles of the web directly in your email